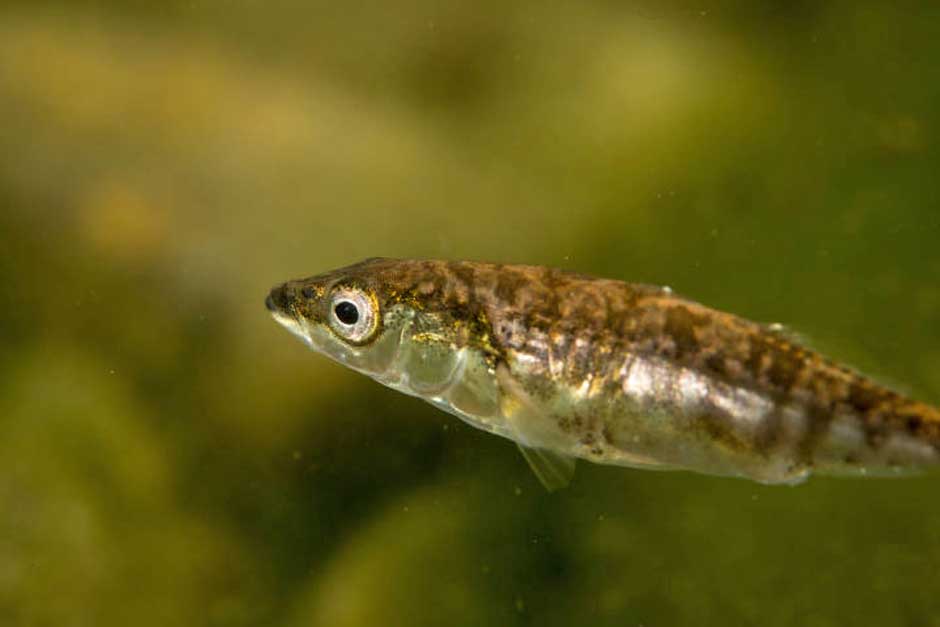 As evident by the countless invasive species that have been introduced to waterways both unintentionally and intentionally, as well as the man-made urbanization and construction that has impacted water quality, human beings can be pretty bad for aquatic life. Humans are able to trigger evolutionary responses and shift how a certain species presents or lead to the extinction of entire species. Either way, the impacts of human influence can be rapid or occur over thousands and millions of years.

Threespine sticklebacks are a species of fish known for being able to adjust rapidly to new environments and stressors. For example, the species has had no trouble evolving for freshwater, with some modifications developing in a matter of a few decades or tens of thousands of years. With many of their freshwater adaptations, the species actually already contained the genes most compatible for that environment; it was simply a matter of the gene being expressed. Previous studies on sticklebacks showed that the species is quite resilient during periods of change–seemingly, almost indestructible.

Of course, this is not truly the case, and researchers from the University of British Columbia learned exactly how fragile the species might actually be over a period of just a few years. The research was conducted following an event wherein crayfish were introduced into one of the province’s lakes to see what effects there were on fish living there. The results of the work, carried out in Enos Lake, show that human actions can speed up the typically slow process of evolution for fish. That can result in negative impacts for the fish instead of positive evolutionary changes.

All it took was three years, scientists say, for two species of threespine sticklebacks living in Enos Lake to disappear after the crayfish incursion. The fish had previously existed in the lake for thousands of years. During their uninterrupted years, the two species served different but similar roles in the ecosystem. One lived more toward the lake’s center and fed on zooplankton, while the other lived nearer to shore and depended on insects that spent their larval stages in the water.

Unfortunately, when the crayfish invaded, the species were unable to function in their existing roles. Instead, that balance was destroyed by the populations being forced to occupy the same areas in Enos Lake. The crayfish ate the stickleback’s eggs, leading the populations to have to move away from crayfish-filled areas in hopes of protecting their spawn.

This move resulted in increased breeding between the two species of sticklebacks. Eventually, scientists saw that both species of the fish had been lost, only to merge together and become one new species of threespine stickleback. The two separate species previously served important and different roles, but the merge led both services to be lost. The new species lives in medium-depth waters instead of serving an ecological role in the deep and shallow sections of the lake.

This shift has caused changes to the lake’s food chain. Notably, more insects are emerging from the nearshore areas than there have ever been before. This increase is likely a result of the fish no longer serving as a predator for insects in the area. With the new hybrid, researchers have also found that leaves that fall into the lake do not decompose as quickly as they once did. This species merge phenomenon, called reverse speciation, is still referred to as evolution despite being harmful to the ecosystem. When it occurs, scientists say, there are always impacts to the surrounding ecosystem because fewer ecological roles are being filled than there were to begin with.

Unfortunately, as more environmental stressors are introduced as a result of climate change or as invasives are introduced to ecosystems, this trend of reverse speciation is expected to continue. This direction is particularly concerning for Canada as much of the country’s biodiversity, particularly fish in lakes and rivers, are considered to be “young” species that formed in the last 12,000 years or so, scientists say.

The study proves that human intervention can drastically impact native species and habitats. Researchers say that reverse speciation, in many cases caused by human actions, is becoming an increasingly common problem. Parts of Canada may be at greater risk than other regions around the world to feel its impacts because of the many younger species, in terms of evolutionary history, that can be found in the country. Reverse speciation can occur with remarkable quickness and cause alterations to the ecology of surrounding ecosystems, making it a top concern for resource managers trying to maintain local biodiversity.