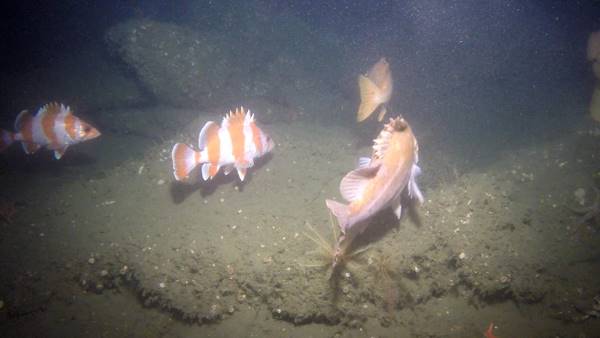 Underwater cameras can be invaluable tools for scientists studying fish or other marine animals. Visual confirmation with an expert’s own eyes of what’s going on in the depths can be as important as readings from any sensors or scientific instruments.

“Having images or video never hurts regardless of what you’re doing,” said Chad Kecy, and electrical engineer at the Monterey Bay Aquarium Research Institute. “It can always be a secondary source of proof.”

Accessible Construction of an Underwater Camera

With that in mind, Kecy and his colleagues at MBARI are developing an open-source underwater camera system with the hope that scientists anywhere can afford to build their own without help from engineers. That’s a departure from the usual mode of operation at the institute, where Kecy said camera projects are important but tend to be built into expensive, one-off experiments for their internal scientists.

“They have a very specific mission and they require a lot of engineering resources to put together,” he said. “And then when they’re done, they’re done. They’re not used anymore.”

The cameras are also built into large structures that take ships with cranes to get into the water. But in developing the open-source SeeStar camera system, principal investigator and MBARI marine biologist Steve Haddock sought something smaller that would be easily deployed and mounted to whatever structures other researchers might be working with.

To keep the system as attainable as possible, they chose commercially available, off-the-shelf parts whenever possible. That goes for the PVC pipe housing all the way to the camera itself, a GoPro Hero. They tested point-and-shoot cameras and other imagers for upwards of nine months before settling on the GoPro, Kecy said. It was a good option for its size and electrical access, even if some of its actual imaging capabilities fell short.

“It itself is not a good low-light camera,” he said. “It was a tradeoff choosing the GoPro.” What they traded for was an accessible port on the back of the camera where a custom control board can hook in and take over some of the photo and video functions. The board holds the programming that tells the camera when to capture a photo or start and stop recording video. That board and camera are housed together and cabled to another housing that carries up to 9 LED bulbs producing a total of 3,675 lumens. A 5-bulb, 2,000-lumen lighting module is also an option. A third module houses the battery pack.

The project hasn’t gotten to the point where other scientists are picking up the parts list, documentation and building their own SeeStar systems, Kecy said. But they have used the camera setup with both MBARI scientists and other organizations. The Nature Conservancy, for example, used the SeeStar to survey rockfish within a conservation area Southern Monterey Bay. They mounted the system to a lander and dropped it into 100 meters of water. They found the video was sharp enough to identify fish, and are considering mounting the camera to some 100 traps as part of a larger survey.

Moss Landing Marine Laboratories took a SeeStar system to Antarctica in 2014, where they dropped a camera mounted to a spring-loaded tripod through a hole in the ice and recorded never-before-seen ecosystems. Kecy hasn’t seen the results yet, but the communications he’s had with the Moss Landing scientists has been positive.

“They said that the cameras worked and they got all the images they wanted, so that was kind of exciting,” he said.

For future work, Kecy said they’ll continue to improve the documentation available to help other researchers assemble their own systems. They also plan on exploring other camera options. Though they’ll continue to develop the GoPro version of the SeeStar, Kecy said he’d like to start a second line with a higher quality camera that allows for even more control over imaging functions like shutter speed and ISO. He also plans on switching the control board to an Arduino unit, an open-source platform with a large user base that might make the system easier for others to work with.

MBARI estimates the total cost for all the parts at around $3,000.