How Much are Forage Fish Worth? 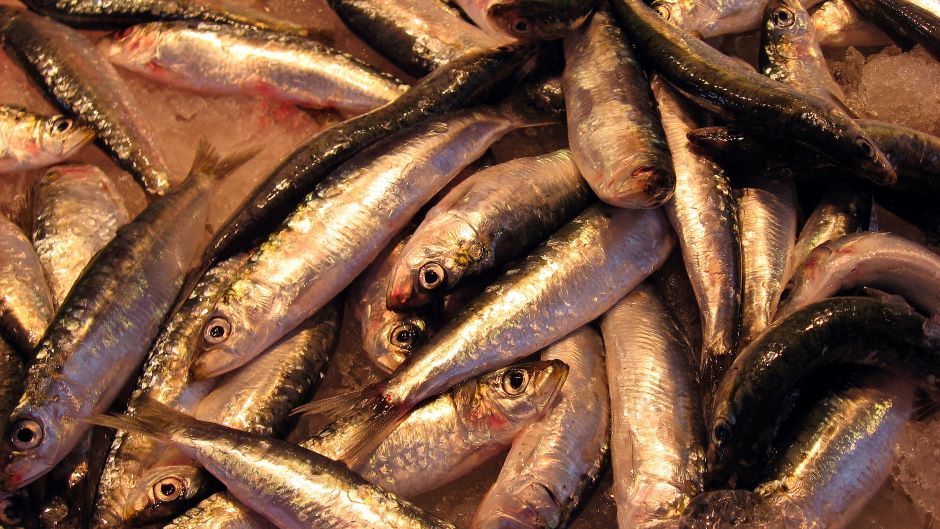 Herrings are oily fishes of the genus Clupea, found in the shallow, temperate waters of the North Pacific and the North Atlantic oceans, including the Baltic Sea. They are forage fish moving in vast schools, coming in spring to the shores of Europe and America, where they are caught and processed (Credit 16:9clue via Flickr CC BY 2.0)

Though perhaps not a familiar term to most people, forage fish are an important resource in the fishing industry and, as overfishing continues to destroy native populations, becoming increasingly limited. Forage fish may be underappreciated but research done in 2014 reveals they are worth 16.9 billion dollars to global fisheries each year, amounting to 20 percent of global marine fisheries at-dock catch values. While forage fish catches bring in $5.6 billion, the fisheries they support as a food source are worth $11.3 billion.

Forage fish refers to small, shallow-water fish (and sometimes nonfish) that form schools in the ocean. These fish are often used as bait, pet food, and livestock food. Anchovies, sardines, smelt, and others are examples of forage fish. These species are unique because, according to the Smithsonian, “Forage fish eat microscopic plants and animals called plankton and become, in turn, a nutrient-rich superfood for everything from larger fish such as salmon and cod, to seabirds like puffins and auklets, and marine mammals like humpback whales and sea lions.”

The 2014 study results were more significant than the researchers had imagined, said Konstantine Rountos, a senior postdoctoral associate at Stony Brook University’s Institute for Ocean Conservation Science and co-lead author.

“We went into it suspecting that forage fish had this important role as prey, but we didn’t know that it would be twice as much as their direct catch value,” Rountos said. But those values only represent a portion of the total economic worth of forage fish. Rountos noted that the study didn’t factor in forage fishes’ contributions to recreational fisheries or non-fishery uses.

Rountos became involved with the study as a doctoral student. There he worked under the auspices of the Lenfest Forage Fish Task Force, a panel of 13 preeminent marine and fisheries scientists convened by the institute and the Lenfest Ocean Program.

“I was tasked with helping the task force pursue a broad overview of the ecological and economic contributions that forage fish make,” Rountos said. “It was the first attempt to evaluate their role as prey in marine ecosystems on a global scale.”

The researchers examined three facets of forage fish species: their value in direct fishery catches, their roles as prey to other commercially fished species and as prey to non-fished marine predators such as seabirds, mammals and certain other fish. To determine this, the researchers compiled data from Ecopath models — mathematical models that simplify ecosystems into a standardized format.

“This was a synthesis of ecosystem or food web models that we compiled — 72 in total — from around the world,” Rountos said. He said that drawing from publicly available models “allows for greater transparency, and for people to replicate our study.”

Even more so than larger pelagic fish, forage fish are quite sensitive to physical and climatological forces. El Nino and La Nina cycles, climate change, ocean acidification and fishery exploitation all pose a threat to these vital members of marine ecosystems. The study, Rountos said, seeks to inform fishery managers about the value of forage fish so they can understand the trade-offs inherent to each method of use.

“Learning about the trade-offs can provide managers with information to manage forage fish in the most productive way,” Rountos said.

Despite their small stature, forage fish play a critical role in the marine food web. Not only vital to the health of fisheries and marine ecosystems across the globe but forage fish have also become increasingly popular with the average angler. The Smithsonian reports that scientists estimate forage fish comprise over a third of global marine fish catches. Of the fish caught, around 90 percent aren’t consumed by people, instead going on to be processed into fish meal. In a way, forage fish continue serving their role as prey after being processed though they are no longer a resource for their home ecosystem.

Due to the high catch rates and growing demands, forage fish have become more and more at risk of being overfished. Considering the vital ecological and economic function these creatures serve, recognizing their importance and protecting them is the least resource managers and anglers can do.