The History of Fish Trafficking in the Great Lakes 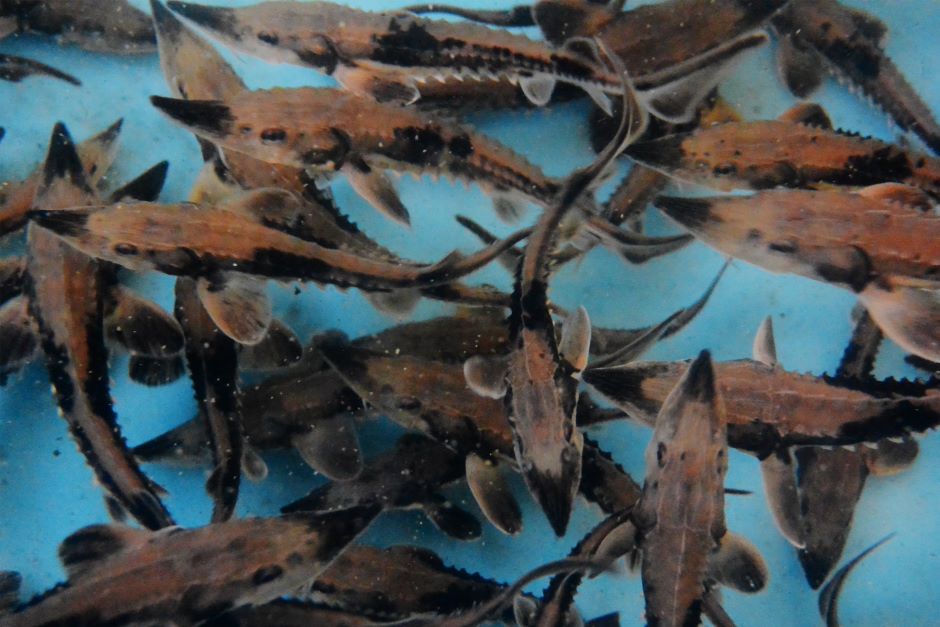 In November of 2014, the federal government got caught up in a series of investigations surrounding fish trafficking in the Great Lakes. According to the Milwaukee Journal Sentinel, “An award-winning Door County business that processes Great Lakes fish products for sale worldwide” was the center point of the investigation into the illegal trafficking of lake trout, lake sturgeon, whitefish and walleye from the upper Great Lakes.

The Great Lakes region is home to a multitude of important fisheries under the protection of state, federal, and tribal protections in order to ensure a future for the ecosystem. While the bulk of the investigation occurred in 2014, the assignment began in 2012 as a result of declining stocks of lake trout, sturgeon and walleye. Fish trafficking quickly became the top theory behind the missing fish.

The U.S. Department of Fish and Wildlife set up a fake fish store in L’Anse, Michigan; recorded various conversations on boats and in bars around Beaver Island; and raided the storefront and affiliates of Dan’s Fish under the suspicion of buying illegal fish. The Milwaukee Journal Sentinel reports that the focus of the investigation was on violations of the Lacey Act, “a century-old federal law that limits the commercial trade of wildlife taken illegally under state, federal or tribal laws. Each violation of the act involving at least $350 of fish is a felony punishable by up to five years in prison.”

At the center of the trafficking case were walleye caught in Lake Superior by tribal fishermen who legally don’t have the right to harvest the fish for commercial reasons. But despite that restriction, reports the Journal Sentinel, the owner of Dan’s Fish agreed to purchase fish from the tribesmen at least six times.

Also implicated in fish trafficking is a market in Charlevoix, Michigan, that USFWS agents say helped launder 49,000 pounds of illegally harvested lake trout from 2011 to 2013. The large-scale investigation uncovered at least five other involved entities, as well as others who were fishing in areas of Lake Superior where catch limits were in place.

“I just buy fish…I don’t know where they came from, I don’t know how they got there, I don’t care,” said Dan Schwarz in a conversation investigators recorded.

As the investigation continued, a multitude of business owners and their traffickers were uncovered and charged. Many of these suits concluded in 2019. Two of the many individuals caught up in litigations were John H. Cross III (Cross) and John Cross Fisheries Inc. According to the Department of Justice, “Both defendants were ordered to pay $1,032,132.00 in restitution, jointly and severally, to the National Fish Hatcheries, which stock Lake Michigan with lake trout.”

After the 2014 Lake Michigan investigation concluded with sentencing in 2019, some have begun to ask the age-old question, “does the punishment fit the crime?” The Michigan Capitol Confidential states, “21 people have been convicted in federal and tribal courts, which have ordered that over $1.6 million be paid to the National Fish Hatchery System and tribal hatcheries.” Some have called into question whether several years in prison and a hefty fine are a fair punishment, arguing that the sentencing was too severe. Others believe the sentence was reasonable.

U.S. Attorney Andrew Birge explained why the violations warrant such strong sentencing. In a statement to the Michigan Capitol Confidential, Birge says, “The federally funded stocking of fish and the regulations designed to preserve these natural and communal resources were simply treated as an opportunity for extra profit here and in other cases stemming from Operation Fishing for Funds. This was essentially stealing from competitors, the government, and ultimately the future.”

While some believe Cross to be a victim of overcriminalization, others believe that policies like the Lacey Act are vital to the protection of fisheries. Stocked species often are already struggling to maintain population sizes, and while they may be caught recreationally, there are limits for both commercial and recreational fishing. Licenses, fishing regulations and other restrictions are in place to preserve a future for the ecosystem and violators of these guidelines may be putting the species and environment at risk.