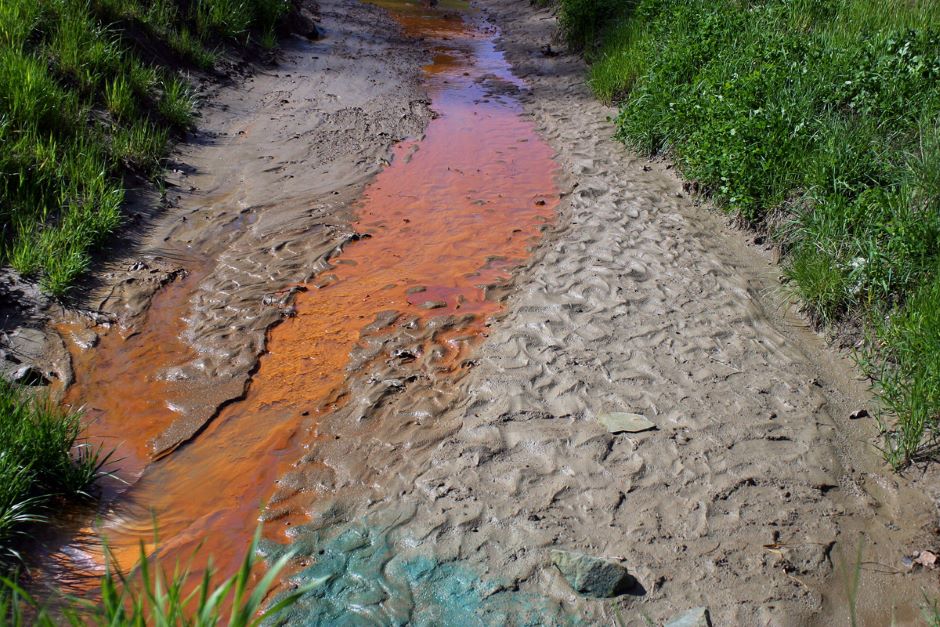 For decades, energy companies have ripped out mountain peaks in West Virginia to get at coal seams below. The practice is called mountaintop mining, or mountaintop removal mining, and while it allows for faster coal collection, new research shows it also has detrimental effects on the environment. In particular, this research highlights that poor management and a lack of conservation-based policies have led to the destruction of surrounding habitats as forests are uprooted, and Appalachian streams are poisoned.

The Environmental Impacts of Mountaintop Mining

Beyond general concerns that mountaintop mining introduces, this mining method can have lasting impacts on surrounding terrestrial and aquatic ecosystems. By 2012, the EPA estimated that mountaintop removal had destroyed 1.4 million acres of Appalachian forest, with the number only continuing to climb. Much of this damage will never be undone as the removal of topsoil, and upper portions of the mountain’s rock make the remaining soil incapable of producing native hardwood foliage.

Unfortunately, much of these areas are replaced by shallow-rooted grasses and not the hardwood forests that used to be stationed at the mountain peaks. Even if the forests were to recover, the wildlife presently relying on these habitats are still out of luck. Furthermore, the loss of forests exacerbates the climate change already caused by fossil fuels.

The EPA estimates mountaintop mining has buried more than 2000 miles of Appalachian headwater streams and contaminated even more. According to Appalachian Voices, the runoff from these mines has led to increased selenium and sulfate levels and increases in electrical conductivity. While these changes may appear harmless, these changes in water quality can “directly kill aquatic species, or disrupt their life cycles so severely that populations dwindle, or even disappear.”

Researchers at the U.S. Geological Survey replicated an investigation that took place in the late 1990s in streams near the Guyandotte River to see how mountaintop removal mining is impacting downstream fisheries exactly. With a nearly perfect re-do of the old study’s methods, they compared the results of their two-year study, which were published online in July 2014 by the journal Freshwater Science.

In their research area, scientists found conductivity levels were 10 times higher than those of healthy, normal streams. Such higher levels are known to be linked with lower populations of macroinvertebrate populations. Their sampling efforts also revealed that the number of fish species had decreased by half since the first study was completed.

Researchers were surprised to find a fish showing textbook signs of selenium toxicity had survived to adulthood. (Credit: Than Hitt and Douglas Chambers/USGS)

“The Appalachian Mountains constitute a global biodiversity hotspot for fish,” said Than Hitt, research fish biologist with the USGS office in Kearneysville, W.Va. “In this hotspot, what we noticed was a significant decrease in the number of species present, as well as the number of individual fish.”

The per capita size of surviving fish species — found to be those that ate many different types of things instead of eating specialized diets — went up. “And so what we found is that mining might influence fish by influencing their prey,” said Hitt.

This finding sets up a question, says Hitt. If managers are looking to conserve biodiversity in areas downstream of mountaintop mining, there’s clearly a problem. But it does appear that retaining biomass within an ecosystem may be an achievable management goal. Hitt and USGS cohort Douglas Chambers can’t definitively say if the loss of fish diversity is made up in the increased biomass of surviving fish species. The right management goal is “a bigger question than science can address,” said Hitt.

The two scientists took extensive measures to replicate the original study, even using the same number of electro-fishing backpacks. Fish collected were preserved just like fish from the previous study and evaluated in a lab using the same methods.

Comparing findings from each investigation, Hitt notes the importance of maintaining a good prey base to improve the survival odds for fish in streams near mountaintop mines. According to Hitt, the study also illustrates the need for more research. After all, it was completed in only one West Virginia basin.

“We haven’t concluded that mining will destroy all fish. We haven’t determined that,” said Hitt. “This is a study of limited scope and we recognize additional study is needed to respond to the rapidly changing land-use (mountaintop mining causes) in Appalachia.”

Despite the research warning against the impacts mountaintop removal mining can have on the environment, the practice continues in 2022 and has become more popular in states across the United States. Eastern Kentucky has been impacted in particular in recent years–so much so that it’s not uncommon that streams in the eastern part of the state run orange due to mining runoff.

While no definitive conclusions can be made about biodiversity loss, any unnatural changes to an environment that has been around for millions of years will likely have lasting effects on the ecosystem and the species that inhabit it. Even if species losses are concentrated in the lower rings of the food web, that loss will be felt throughout the ecological chain. Predators of fewer prey options and the smaller organism consumed by these prey species will overpopulate, leading to more changes in water quality. These endless cycles could permanently change the ecological makeup of the region.