Fish Tagging: Everything to Know 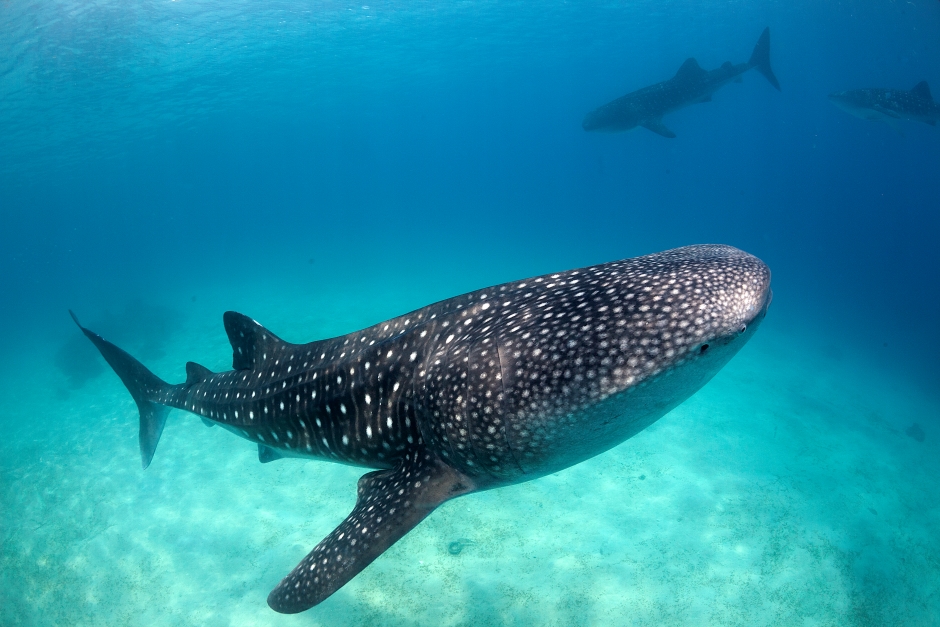 Photo of a whale shark in the Philippines (Credit: Klaus Stiefel, via Flickr CC BY-NC 2.0)

What is Fish Tagging?

Fish tagging is a common practice found in fisheries across the globe. Depending on species and research needs, a variety of tagging options may be used by researchers. Tag data can reveal migratory behaviors, growth rates, mortality rates, habitat preferences, and many other important factors. For example, suppose a species is typically secluded in a particular area of a lake and begins to shift away. In that case, researchers may know to investigate the site because the behavior is uncommon. There are unnatural and natural tagging methods, but inorganic tags are the most commonly used as these can provide long-term, often remote, data to researchers.

Fish tags can generally be sorted into three fundamental categories, which include more specific tag types underneath those categories. Conventional, telemetry and natural tagging are the three overarching categories that describe a majority of tagging that occurs in fishery research. Each method has its own benefits and limitations. Regardless of the method in which a fish was tagged, tagging efforts are vital to fishery management and developing a greater understanding of the species inhabiting a region.

Conventional tags are the most basic tag type. The Louisiana Wildlife and Fisheries department explains, “A conventional tag is marked with an identification number as well as contact information for reporting the fish when it’s caught.” Conventional tag use emerged in 1873 and has been used regularly since. Conventional tagging efforts typically involve more community involvement as a large group of fish need to be tagged. Even after tagging is complete, the program continues to rely on anglers to call in about tagged fish they caught.

Conventional tags work great for sport fish that are caught regularly and can help gather data on fish distribution and population estimates. However, precious data that occurs between tagging and recapture is lost as conventional tags do not provide remote data and require the fish to be recaptured to gather information.

Whale sharks are an excellent example of a perfect natural tagging candidate as their unique spot pattern doesn’t change over time and creates a natural tag. For whale shark studies, the same pattern-matching algorithm used by NASA to map stars is used to map the spots of individual whale sharks. An impressive example of this method working in action is with one specific whale shark, known as H-021 or Toki, in the Wildbook database, which has been tracked for 14 years.

Non-external indicators may be used as a natural tagging method as well. The LDWF helped establish natural tags for yellowfin tuna based on their otoliths. The LDWF explains, “The chemical composition of otoliths from different areas of the ocean reflect differences in the seawater chemistry in these areas. A fish’s otoliths retain a chemical record of the different areas the fish inhabited during its lifetime.”

To understand the time between initial sighting and recapture, telemetry tags are best as data is constantly gathered and remotely cast to receivers or satellites. The term telemetry simply means “measuring from a distance.” Satellite tags provide data continuously and don’t require recapturing of the fish. There are three popular types of telemetry tags, acoustic, satellite and internal archival. Pacific Northwest National Laboratory’s new injectable acoustic fish tag, shown here next to grains of rice, is so small it can be inserted into a fish with a syringe. The new tag is three times lighter than earlier versions, making it safer for fish and able to more accurately record fish passage through dams (Credit: Courtesy of Pacific Northwest National Laboratory, via Flickr CC BY-NC-SA 2.0)

Acoustic tagging requires a transmitter and receiver to be used concurrently. A battery-powered acoustic transmitter is implanted in the body of the fish, wherein it will be activated and cast a unique acoustic signal at random intervals for up to three years. Sound travels differently in water and will eventually reach one of the receivers stationed throughout the studied habitat.

Receivers store data which is later collected by researchers via Bluetooth technology. Date and time, depth and temperature and unique fish identification are all included in the signals cast to receivers. The data contained in these signals includes fish movement patterns, habitat and behavior as influenced by the environment and seasonal changes. Unfortunately, if a fish travels outside the receiver’s range, active data gathering on that specimen pauses until it returns to the studied area.

Satellite tags are a more sophisticated type of fish tag that measures and records temperature, depth and location throughout the life of the tag. Two popular types of satellite tags are PSATs and SPOTs. Pop-off satellite tags, or PSATs, are satellite tags that are attached and will detach after a predetermined amount of time. Once the tag has detached and floated back to the surface, the data may be downloaded via satellites. The physical tag can also then be retrieved from the surface.

While PSATs rely on the tag eventually reaching the surface at the end of the tag’s lifetime, other satellite tags, like smart position only tags, or SPOTs, provide data more consistently. SPOTs are externally attached to the fish’s fin or towed behind the individual and work best for species that spend a significant time at the surface. When the tagged fish is at the surface, tags transmit signals leading to multiple data positions per day for single fish. Live tracking data typically relies on SPOTs as PSATs don’t often provide consistent data during the life of the tag.

Internal archival tags, also known as IA tags, record temperature, depth, and location. IA tags can be deployed for more than five years, much longer than the typical deployment lifespan of other tags. IA tags are surgically implanted, relying on initial capture and then recapture to retrieve the tag and its data. IA tags work best for species that are likely to be recaptured as the data is lost if the specimen is never recaptured.

Every tag has its own benefits and limitations. Researchers must consider their subjects very closely to ensure that time, money and data aren’t lost due to an ineffective tagging method. While the decision may be difficult, data gathered through tagging studies cannot be replaced and can shape the fishery’s future.

Researchers and anglers alike are invested in the future of fisheries, creating a unique opportunity for community organizing and cooperation between groups. Many tagging programs offer opportunities to join in on initiatives through citizen science programs and are an excellent way for lakeside dwellers to give back to the environment. Ultimately, the responsibility of protecting the habitat and ecosystem falls on every person that comes into contact with the environment.