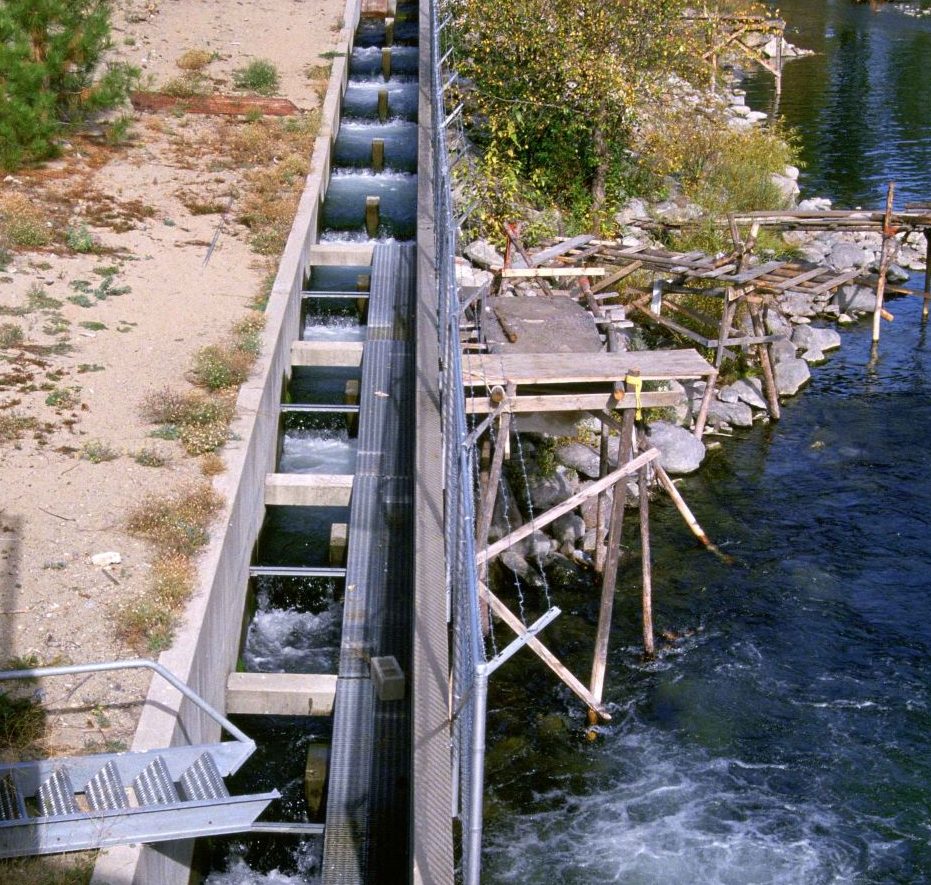 It’s no surprise that dams, which block waterways and lead to raised or lowered water depth, are harmful to the environment. Even hydroelectric dams typically lumped in with green energy initiatives are conspicuously bad for the environment. Dams lead water above the dam to rise and levels below to decrease, leading to disappearing shorelines in part of a river and retreating shorelines in another.

The difference in water causes previously ideal habitats to become inhospitable. Salmon who typically live in shallower water when in freshwater, like many other river-dwelling fish, find themselves thrown into the deep end. Dams also prevent fish from being able to migrate up and down streams, a crucial part of many species’ spawning seasons. One example of these issues is the Grand Coulee Dam which severely impacted the Upper Columbia River. Above the dam, water levels raised approximately 70 feet, effectively killing many inhabitants due to the changing environment.

The harm of dams on aquatic migration patterns can be mitigated by constructing fish ladders or other methods of fish passages, as described by the Mekong River Commission. However, as the Yale School of the Environment reports, these passages have limited success and use, “Fishways on rivers in the U.S. Northeast are failing, with less than 3 percent of one key species making it upriver to their spawning grounds, according to a new study.” Still, if a dam must be constructed for energy purposes, the ecological impact and how to protect wildlife must be a top priority.

Fish ladders, or pool fish passes, are one of the most common types of fish passages. These systems work by constructing a series of pools separated by weirs that require fish to leap from one pool to the next in order to reach upstream. Unfortunately, fish that do not or cannot jump from pool to pool are unable to use fish ladders. Newer fish ladders are constructed to be less steep, with pools specifically designed for resting to ensure fish do not tire out and return to the entrance. Additionally, less jumping is needed, so less agile species can still take advantage of the ladder.

Lock fish passes are another style of fish passage that mirrors the construction of navigation locks used by boats. Similar to how navigation locks operate, fish enter the primary lock zone, and the lock gate is closed. The section containing fish then fills with water from the area above the dam, wherein fish can simply swim up the lock channel. The exit is then closed so water can be drained, allowing another group of fish to use the passage.

Bypass fish passes are also sometimes used near dams to help protect migration patterns. These passages are often described as “nature-like” as an artificial pseudo-organic waterway is constructed around the dam. These mock streams contain flow control structures to control water level and guide fish upstream. The first opening to the passage is near the base of the dam and winds up an incline before reconnecting above the dam. Unfortunately, these passes have limited success due to the detour fish must take to migrate.

Any of the above methods apply to downstream travel as well, but many fish choose to travel through spillways or turbines as a more direct route, though these routes are often dangerous. Large fish can become stuck in turbines, and smaller fish can easily be shot out at the end of spillways. Though not perfect, fish passages allow for more migration than traditional dam construction does.

Dam Projects in the Amazon

Dam projects across the globe have had a recent boom with the hydroelectric energy boom prompted by the push for renewable energy. The world’s three great tropical rivers, the Amazon, the Congo and the Mekong, have only seen a few dams constructed in their basin. However, calls for green energy have led to an emergence of over 450 dam project proposals in “the three mega-diverse river basins,” reports The Guardian.

The construction of these dams would devastate global biodiversity and species populations. The Guardian shares, “One third of the world’s freshwater fish are at risk if dozens of large hydroelectric dams are built in the Amazon, Congo and Mekong basins.” While these projects are embellished with promises of fish passages, these plans are not always followed through. Furthermore, these fish passages are only partially effective and will undoubtedly impact global speciation.

Despite concerns, dam projects have proceeded, and as a result, vegetation and animal life have been flooded out of their habitats. Ancient and young trees lay below the surface of dam-created reservoirs, and terrestrial species have been forced to relocate. Aquatic life has also had to relocate as they can no longer survive in an unideal environment. Though dams seem economically appealing on the surface, paying for upkeep and attempting to undo ecological damages will catch up financially. Taking energy shortcuts early on defeats the intention of renewable energy and harms humanity and a more sustainable, long-term future.