Great Lake Predators Have Round Gobies Under Control 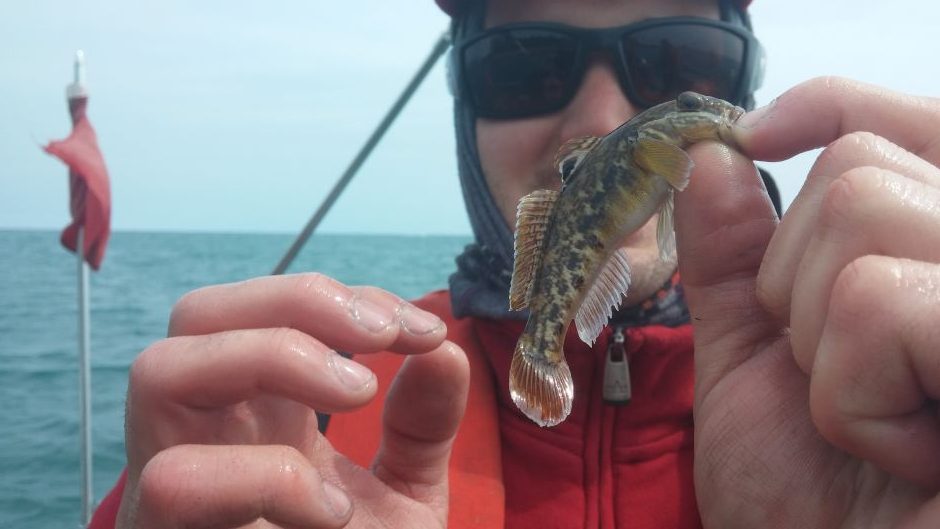 By 1994, round gobies, a previously unseen and unimportant species, had surfaced in all of the Great Lakes, and with them, the start of some very tough years for native species. Round gobies are native to the Black and Caspian Seas in Europe, making their presence in the States a point of confusion for ecologists looking at the Great Lakes. However, the standing theory is that round goby slipped into U.S. waterways via the ballast water of a European ship.

The species was first noticed in the St. Clair River in 1990 and had invaded each great lake in only four years. The rapid spread was possible due to behavior and the species’ durability. According to the Michigan Sea Grant, round goby are aggressive fish that can easily displace native species due to their ability to reproduce quickly and survive in poor water quality. They also are known to eat bait off of hooks and eat fish eggs.

Unfortunately, until recently, hopes of ever being able to control the round goby population seemed out of reach. However, several studies have emerged in recent years to cite predatory control as a plausible and in-action control method. A 2022 study observed annual bottom trawl surveys from 2004-2008. In 2004, the species was at its peak but declined over the next several years.

Burbot, a species native to the Great Lakes, was cited as one of the leading predators for the cause as round goby are an important component of burbot diets. Other sports fish like smallmouth and rock bass, walleye, yellow perch and brown trout are all known to snack on round goby. The species’ size and availability in the region has made it a popular meal for the Great Lakes’ top predators.

A 2014 study found that round goby have become so integrated with the food web that another goby population peak is unlikely due to the multitude of species that feast on the bug-eyed fish. Chuck Madenjian, a research fishery biologist with the U.S. Geological Survey’s Great Lakes Science Center, states, “Considering that they look like they’re becoming an important part of the food web in lakes Michigan, Huron, Erie and even Ontario, it was time that somebody did as best a job as they could with age and growth.”

As it turns out, those somebodies are already established, regional predators. And it looks like the predators are doing a pretty good job at controlling the species. The study results indicate around 80 percent of gobies age-3 and older die each year, Madenjian said.

“That’s pretty high,” he said. “I don’t think you can expect the gobies to show any really big increases in abundance anymore in Lake Michigan.”

In particular, the biomass of these established predators has been an important factor in controlling populations. Madenjian provides an example of how predator populations and distributions make a difference in Lake Michigan whitefish. “The biomass of whitefish (in Lake Michigan) would eclipse all of the biomass of all of the salmon and trout together,” Madenjian said. “Even if it’s only about 20 percent of the whitefish diet, it would still mean plenty of predation going on for round gobies.”

Though it is unlikely that round goby will be eaten into extinction from the Great Lakes, the species appears to be under effective natural control. This natural system took over a decade to develop, so preventing round goby from entering any other waterways is still important. Keeping round goby out of foreign waterways by draining water from vessels, properly disposing of unwanted bait and fish and never using round goby as bait are simple steps one can take to help limit the spread of round goby.