Baitfish May Lead to Risks of Invasion 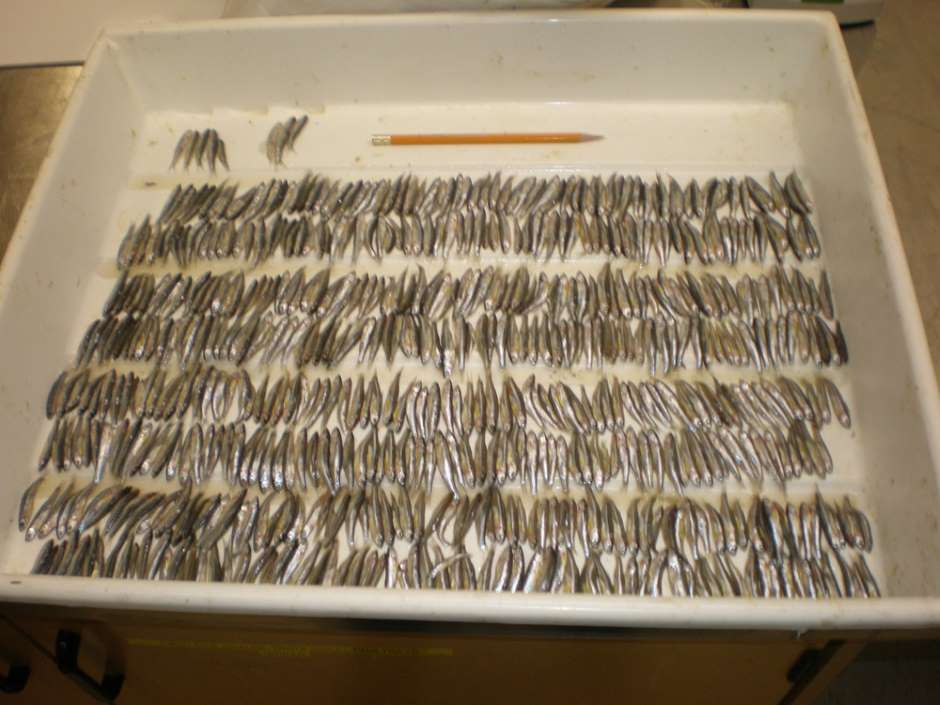 A typical purchase of Emerald Shiners being analyzed in the lab (Credit: Mike Parna)

It’s common practice for anglers to use smaller, less interesting fish as bait for larger catches. As a result, the fishing market has expanded to retailing baitfish for anglers looking to snag a bigger catch. These baitfish are typically caught using trawls, nets or other large fishing gear. These methods of catching fish have received some scrutiny over the past couple of years due to the likelihood of obtaining bycatch during these initiatives. Bycatch refers to the capture of unintended aquatic life. While bycatch is often talked about in regard to its impact on endangered and threatened species, it can also be the first step toward spreading invasive species.

The Journey of Baitfish

In hopes of coming to terms with and understanding the journey of baitfish, researchers at the University of Toronto studied the progression of baitfish from the point they’re gathered through their final use in lakes in the province of Ontario. The goal was to identify pathways in the baitfish cycle where invasive species are introduced so that spread can be better controlled.

“We talk about ‘pathways’ in terms of the mechanisms by which species move commonly by human influence,” said Andrew Drake, lead author of the study and a post-doctoral fellow in the department of biological sciences at the University of Toronto. “So things like the release of baitfish, ballast water, or pets to the wild are all ways that species can be moved to areas where they are not currently found.”

Drake and co-author Nicholas Mandrak, an associate professor of biological sciences, looked at all the activities involving baitfish that contribute to the movement of invasive fishes outside of their natural ranges. They estimated the potential for invasive fish to be found as bycatch or the likelihood that the wrong kinds of baitfish could be collected in the wild. Then they quantified the extent to which those fish were sold to retailers and anglers.

Getting data on retailers took a little footwork, like inspecting fish tanks for misidentified fish. They sampled retailers at 68 locations and purchased 16,886 fish.

Most retailers are aware of the transfer risk and actively try to minimize it, Drake says, but it’s relatively easy for the wrong fish to slip by unnoticed, even with all the sorting technology employed to gather only target baitfish species.

When the wrong fish slip through and get sold, anglers bear the brunt of transporting them, essentially trafficking the invasive species unknowingly to new waters. Transfer can occur in a few ways. For example, a baitfish rigged to a hook could escape and take up residence in new waters. But the most common method of entry comes at the end of the fishing day when fishermen release unwanted or unused bait. Surveys distributed during the study reveal that anglers believe they’re providing a forage resource when they do so. “In addition to being illegal, feeding the fish in your lake by releasing left-over baitfish is a risky game of chance,” said Drake. “You may be feeding fish in the short term, but the long-term consequences of potentially releasing an invasive species are increasingly important.”

Drake and Mandrak found that the transfer risk is a combination of three variables: the potential of bycatch of invasive fishes at harvest; the chances that baitfish (and bycatch) will be moved over land by anglers or retailers; and risky human behavior by anglers when they release bait or use it where prohibited.

In Ontario, Drake says bycatch was found in 15 percent of retailers. And human behavior plays a role there too, with 30 percent of anglers reporting that they release their live bait after fishing. “We certainly have all three variables occurring (in Ontario), said Drake. “But I think we were pleased to learn that the prevalence of bycatch is relatively low.”

After assessing the risks, the two researchers searched for logical opportunities for reducing them and created tools to do the job.

“We made models for critical points along the pathway. If we can reduce the probability of anglers releasing or purchasing the wrong baitfish, it will have a strong influence on reducing the risk across the landscape,” said Drake. “And if we can reduce bycatch sold to anglers by 90 percent, the most likely number of invasive fish introduced drops to zero.”

Most recently, states have begun to introduce laws that prohibit the use of live bait altogether, meaning that even if the fish comes off the hook or is dumped into the lake at the end of the day, the fish cannot go on to populate the waters. Other states have restrictions on specific species of baitfish or size minimums put in place to protect recruitment in the ecosystem.

Seeing how invasive species like Asian carp, round goby, and others have impacted the ecosystems they are introduced to, it is best practice to use baitfish responsibly. Also, ensure that the baitfish being used are not an invasive species and never release live bait at the end of the day. Keeping invasive species out of fisheries is one of the best ways to protect the resource for the future,