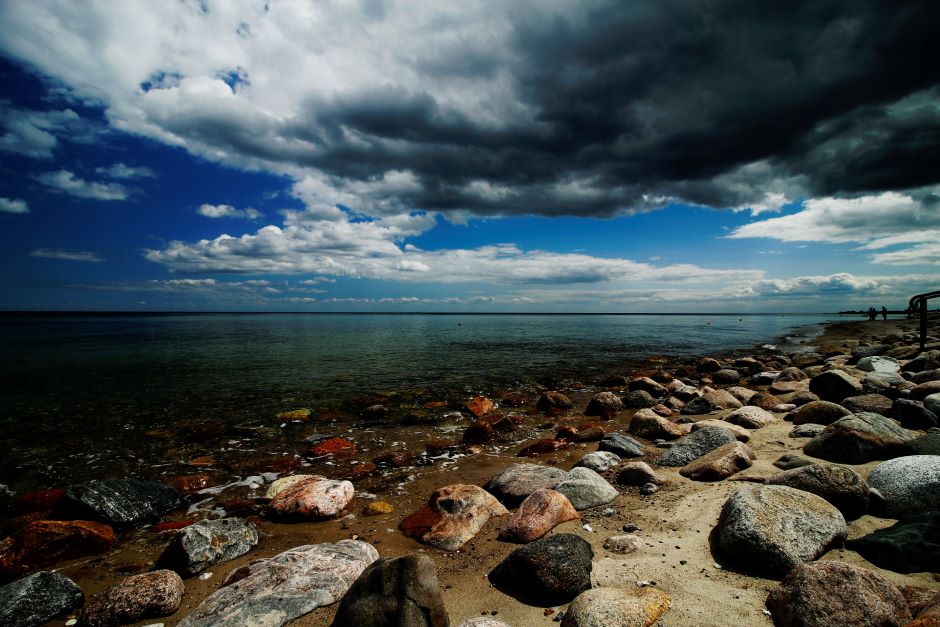 Known as some of the most hypoxic water in the world, the Baltic Sea has been starved of oxygen to a level unseen in at least 1,500 years. Modern human activities that contribute to nutrient runoff and urban sewage are likely culprits in the creation of these dead zones. The anoxic conditions are typically worse near the bottom of the water column since nutrient pollution leads to increased algal blooms. These blooms eventually die and sink back to the bottom, wherein bacteria begin breaking the organic material down and using even more oxygen in the process.

Poor oxygen conditions can lead to habitat and species declines as all aquatic life rely on oxygen to survive. This issue is plaguing more than just the Baltic; The Guardian reports that a 2018 article “revealed that ocean dead zones have quadrupled in size since the 1950s. Additionally, these dead zones can be found across the globe.

The Baltic Sea dead zone extends across 70,000 km2, but is hopefully seasonal. The hypoxic area is twice the size of Denmark and, despite being temporary, only highlights the continued eutrophication and oxygen loss seen in the Baltic.

Writing in the journal Biogeosciences, one research team took two core samples from a site located between the coasts of Finland and Sweden in order to see how oxygen levels have changed. They found that the initial steep drop in oxygen started before the postwar peak of urbanization in the 1950s. While it may seem like this means humans aren’t to blame, it actually means that the ecosystem was much more sensitive than previously believed.

Despite efforts from Baltic countries to mitigate some of the damages caused by human activity, climate change could be hindering progress. Sami Jokinen and Tom Jilbert, two of the contributing researchers, stated, “It is likely delaying the recovery process because oxygen dissolves less easily in warm water.”

The impacts of declining oxygen levels hold severe repercussions for the wildlife living in the Baltic for reasons beyond habitat suitability. Researchers that examine Baltic Sea species, like the Baltic Sea cod, are having trouble judging the age of their specimens. Since traditional aging techniques for cod require the observation of otolith bones, or fish ear bones, the poor conditions surrounding the fish make age estimates less and less precise.

The otoliths typically carry markers of conditions in which the fish live, but current hypoxic conditions inhibit the proper growth and development of cod. As the fish grows, the otoliths also obtain annual rings that can help age the fish, much like tree rings. However, cod are developing slower, making these otoliths no longer a precise indicator of age.

Researchers at the State University of New York (SUNY) are having to find new ways to monitor the age and growth of Baltic Sea cod. Their new plan is to use historical data combined with more hands-on surveys of the fish, relying on tracking tags and chemically-induced markings on cod otoliths.

Using a chemical aging method allows researchers to age the fish using non-external factors, regardless of the state the fish is in. Relying on external age indicators is incompatible with the state Baltic Sea cod are being caught. While the newer methods are still being tested, some researchers continue to rely on otoliths as an external indicator of age. However, the utility of this method may become obsolete as dead zones worsen, and fish development is further slowed.