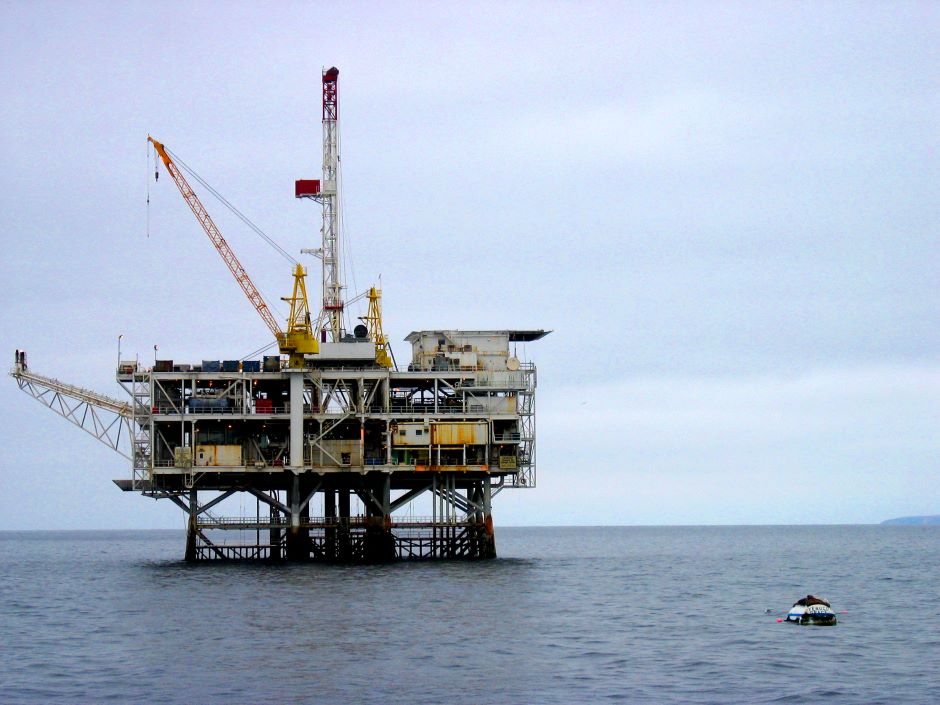 Photo of an oil rig off the shore of Southern California (Credit: Marianne Muegenburg Cothern, via Flickr CC BY-SA 2.0)

Offshore oil rigs are quite a controversial topic across social and political spheres. Many arguments are over similar issues, namely how offshore oil rigs impact the environment and balancing the planet’s future with a necessary supply of power. In recent years, a great deal of investigative research has been conducted to understand how the impacts of oil rigs may be a bit more nuanced.

The 2010 BP oil spill is often pointed to as an example supporting the condemnation of offshore oil rigs. And this opinion is not unwarranted–200 million gallons of crude oil were spilled into the Gulf of Mexico, killing billions of fish, according to a 2020 study. Even if the spill had never happened, the oil would have gone on to become fuel, further worsening climate change. But rigs that have reached the end of their lifetime may still serve a purpose to the very ecosystems they threatened.

One such study in 2014 found that oil rigs function as popular artificial reefs, hosting a rich conglomeration of biodiversity and aquatic life. The study relied on 15 years of sea life surveys near oil rigs off the coast of Southern California. The UC Santa Barbara research discovered that Southern Californian oil rigs are some of the most productive marine fish habitats in the world.

What’s more, these artificial reefs are very productive. According to Nature World News, which analyzed the study in the Proceedings of the National Academy of Sciences, “fish communities that have made their homes under well-maintained oil rigs are up to 27 times more productive than California reefs.” This productivity helps counter concerns that rigs converted into reefs are drawing fish away from other habitats—instead, this research indicates that offshore oil rigs are helping to grow fish populations rather than taking fish out of more-natural environments.

The study may also help inform future decisions to manage oil rigs when they go out of service, presumably as the world shifts to more sustainable energy alternatives. Currently, reefs have to go through decommissioning once the rigs are determined to no longer be viable. But the decommissioning of these rigs threatens the thousands of fish and other aquatic creatures that call the complex structure home. “From a biological standpoint, the fish don’t know if it’s an oil platform or the bottom of a wind turbine,” said Jeremy Claisse, adjunct assistant professor of biology at Occidental College, in a statement. “Complex structures can provide a lot of different kinds of habitat to various species of fish at multiple points in their life cycle.”

PBS released videos of divers underneath these decommissioned rigs, giving a snapshot of how lively things are under the surface. Oil rigs are complex and durable structures that can provide many years of habitat to fish, mussels, barnacles and corals. Oil rigs are far from the coast and protected from most land pollution; furthermore, the rig’s structure prevents trawling in these areas, sheltering all species residing below the rig.

Blue Latitudes, an environmental solutions agency, works with oil companies to preserve the reefs already existing on their platforms. PBS reports that Blue Latitudes’ work involves removing the top of the rigs and allowing the rest of the structure to stay in place. Which saves the oil company cleanup and removal costs while preserving the established artificial reefs. “Most environmental groups, they want to go back to the way the world was 10,000 years ago. And who wouldn’t? I mean, that would just be an unbelievable planet to live on,” Hazelwood said in an interview with PBS. “But that’s not necessarily the reality of our situation right now, so we advocate for finding that silver lining.”

Those hesitant to fully accept just any rigs to reefs program are cautious within reason. For many, the need to totally remove these rigs is rooted in a principle of responsibility and future cost concerns. In an interview with PBS, Linda Krop—chief counsel with the Environmental Defense Center in Santa Barbara—California, states, “The oil companies walk away. The state has to deal with this structure in the ocean forever, dealing with any safety issues, any pollution issues, any maintenance issues.”

Many worry that allowing a foot in the door with these rigs to reefs programs creates a slippery slope, quickly descending into haphazard transitions from oil rigs to artificial reefs. There are also concerns over how such large, some as large as the Empire State Building, structures may impact natural habitats and fish distributions. In an interview with Scuba Diving, Lina Krop states, “Some scientists worry we are attracting fish away from their more-productive natural habitat. Are the sites going to be cleaned up adequately? There are mounds of junk below oil platforms, and there won’t be a full remediation of that material. We feel like we haven’t had a full assessment of the situation. I am concerned about long-term contamination.”

Fears of long-term contamination are rooted in plenty of marine research and a result of how potentially harmful offshore oil rigs are during their productive years. The Chesapeake Bay Foundation reports an average of 157,000 barrels of oil are released every year; normal offshore drilling still leads to the production and expulsion of toxic pollution into the air and water; and potential species loss due to contamination.

The areas surrounding offshore oil rigs are also incredibly damaged due to drilling. The EPA reports that radioactive waste material is commonly found surrounding these areas and can be detrimental to aquatic life. One concern over allowing rigs to be converted is that these byproducts of drilling will go untreated and cause further damage to the environment.

Environmental groups are also concerned that the implications of oil rigs as artificial reefs will encourage the continued construction and operation of oil rigs which, even in the best cases, harm the environment. And in the worst case, more oil rigs mean a greater chance of oil spills which “exact a serious toll on coastal economies, including our approximately $35 billion commercial fishing and $60 billion ocean and coastal tourism and recreation industries,” according to the Natural Resources Defense Council.

As climate change worsens and the environment continues to suffer, policymakers must face the difficult decision of balancing climate concerns with growing energy needs. Allowing decommissioned oil rigs to be converted into artificial reefs is only one example of this problem embodied. One thing that is certain, is that if nonviable oil rigs are to be converted to artificial reefs, then the decision must be guided by science and a complete understanding of how the artificial reefs will age and serve the environment long-term.