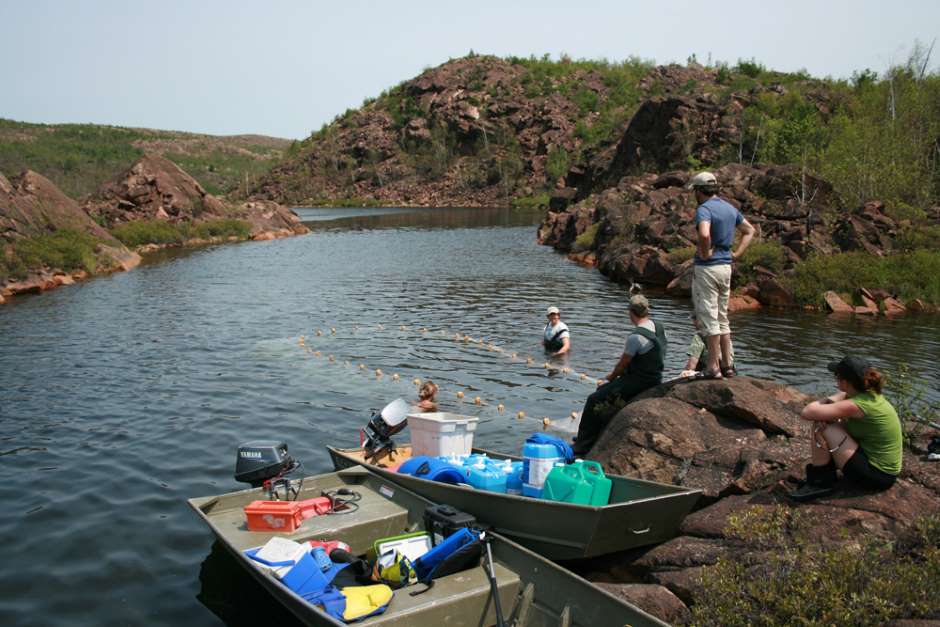 It is an idyllic scene: A quiet lake, two miles long and a tenth of that in width, resting between the forested slopes of Northern Ontario.

This is Daisy Lake, recently the site of a University of Cambridge study looking at the effects of forest cover — and forest loss — on lake fish. And it is Daisy Lake’s troubled past that makes it so valuable for research today.

“The driving question in our mind was, ‘What’s going to happen when land changes?’” said Andrew Tanentzap, lead author of the study and a lecturer at the University of Cambridge.

Daisy Lake has certainly seen its share of change. It has felt the treeline ebb from its shores until the trees disappeared entirely, driven off by axes and smelter fires and acid rain. Nickel mining scarred the earth, turning it ashen with slag. The yellow perch inhabiting its waters noticed the changes, too, though only now are scientists beginning to understand the extent to which those fish were affected.

“If you pick up a fish from our lake, about a third of it is made up of tree leaves,” Tanentzap said. “That increases up to 70 percent as more of the surrounding landscape becomes forested.”

That concept might seem confusing — it might sound downright absurd, in fact — but its truth illustrates the fragility of the food chain, and how organisms several steps removed from one another can have a tremendous impact on the other’s well-being. It can start with a leaf falling into a lake.

“When all this organic matter accumulates… it provides an energy source for many bacteria that live in the water,” Tanentzap said. “It gives them energy to metabolize.” Zooplankton eat the bacteria, which are then gobbled up by hungry fish. The researchers found that more organic debris means more bacteria, more zooplankton and bigger perch making forested watersheds important to the lake’s ecology.

Several qualities make yellow perch particularly useful to study. They are a widespread species, found throughout North America and with relatives in Europe. Yellow perch are significant in sport and commercial fishing, and in larval form they display a close affinity to the nearshore habitat where much of the debris collects. And besides, Tanentzap noted, “they’re kind of the main fish in this lake that we worked on.”

The scientists quantified the effects of terrestrial debris on the perch in forested watersheds by measuring elemental mass in the fish compared to the mass of specific elements found in different food sources. “By measuring the same elements in fish, we can work out how much of that fish was derived from each one of these sources,” Tanentzap said.

The findings redefined the way scientists once understood zooplankton’s role in the food chain. Algae were the only known food source for zooplankton until recently, but the new discovery reveals the importance of terrestrial nutrition in aquatic ecosystems.

“It’s not necessarily that fish will starve without forests around them,” Tanentzap said. “What we’re showing here is that as you add extra food on top of that baseline level of nutrition, then it’s going to make individuals fatter and larger.”