Salmon Surveys and Sampling: Everything to Know 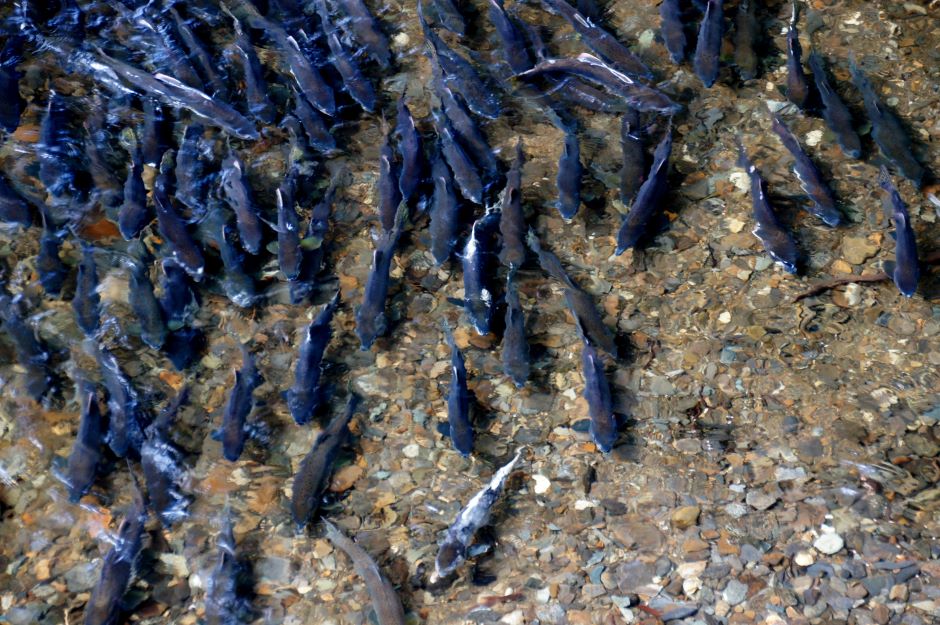 As one of the most popular protein choices in the world, salmon are a highly sought-after catch for recreational and commercial anglers alike. Due to the combined impacts of climate change and overfishing, salmon populations have been declining in many major waterways for the past several decades. Some states have seen improved returns due to proper fishery management informed by research and studying salmon behaviors and needs.

Understanding the complexities of salmon habits is no easy task. Standing knowledge and predictions are based on several surveying, sampling, and studying techniques that create a more well-rounded view of the fish. Spending half their life in the ocean and then returning to the home river to spawn, the species has been notoriously difficult to sample and track. Modern fish tagging and surveying methods help bridge time away from the fishery and inform future conservation efforts.

Salmon sampling, as with many other species, involves capturing or observing specimen from the same species to identify the specimen’s age, sex, and length. From this, researchers can determine the average health, distribution and development of the population. Depending on the sampling technique, greater estimations of the species’ population can be made.

Historically considered a type of fish trap, weirs have quickly climbed to the top of popular salmon surveying methods. Weirs are effectively a channel or blockade that corrals salmon into a fenced-off area of the waterway. Historically, these traps were used to catch thousands of fish and sometimes stretch a river’s entire width. However, using weirs as a means of catching and killing salmon was effectively banned in freshwater in 1889. According to the Cook Inlet Aquaculture Association, the federal government “banned the use of fixed fishing gear in rivers and narrow bays.”

However, weirs are still permissible as a means of sampling salmon. Fish traveling up and downstream are corralled into a trap box wherein workers measure the fish, determine sex and age, and take a small genetic sample. Sampled fish are counted, and weirs often have some type of camera system installed that keeps a count of all fish that pass through the weir, not just those that are sampled. Weir sampling helps identify the overall health of the population and can be used to conduct additional live sampling techniques or tagging.

Tagged fish help collect long-term and often remote data when paired with a telemetry tagging option. Some tags are simple identification numbers that provide data on how many fish return for the seasonal run, approximate age, and other information. Some salmon, most commonly chinook and coho, die after spawning, which allows researchers to conduct carcass surveys. The dead fish can be investigated much more closely than their live counterparts. Carcass survey specimen may be used to observe otoliths and make other internal observations.

Creel surveys are a good option for fish that are likely to be caught—making them a popular choice for sport fisheries. Anglers catch and tag the caught fish before releasing the catch back into the water. Creel surveys are an example of conservation and recreation overlapping to create a more cohesive approach to fishery management.

Downstream migrant traps are, just as the name implies, a type of trap placed downstream to catch juvenile salmon, as these parts of the river are densely populated during migration and can catch a large number of fish. These traps can be used to determine the average juvenile salmon size and run timing. Downstream migrant traps give a glimpse into the fish community over individual fish.

The value of direct observation cannot be ignored. While alternative sampling techniques are effective, they are also invasive. Diving allows researchers to observe their subjects in their natural habitat without the need for trapping or capturing. Population estimates and preferred habitat distinctions can be made during these dives. As with other sampling methods, there are limitations to direct observation surveys. For example, direct observation surveys are time-consuming as the entire basin typically needs to be sampled. Furthermore, electrofishing is often done in addition to diving surveys, as the fish can be stunned and then sampled in a blocked-off area.

Sampling the fish reviewed in the surveys can be done in a variety of ways but generally looks to determine the fish’s age, sex, and length. According to the Cook Inlet Aquaculture Association, sex is determined based on the physical build of the fish; length involves measuring with a ruler or tape measurer; and age is determined using either the otoliths or scales of the fish.

Otoliths are the ear bones of fish and can reveal the history of the fish. For example, hatchery-raised salmon will have different and unique markers on their otoliths compared to wild-caught salmon. Otoliths change shape and marks due to water temperature or dry marking, indicating where the fish originated from and the conditions they grew up in. Scales can determine the age of the fish as researchers examine the rings that form on the scale as a result of seasonal changes as the fish grows.

Salmon sampling is notoriously finicky but nonetheless critical for the preservation of the species. Researchers must be particular about the seasons in which they deploy sampling efforts to avoid wasting resources and time sampling at inappropriate times. Regardless of the type of sampling, researchers can gather much-needed information about the species. This information often goes on to inform fishing regulations, environmental policies, and future conservation efforts.