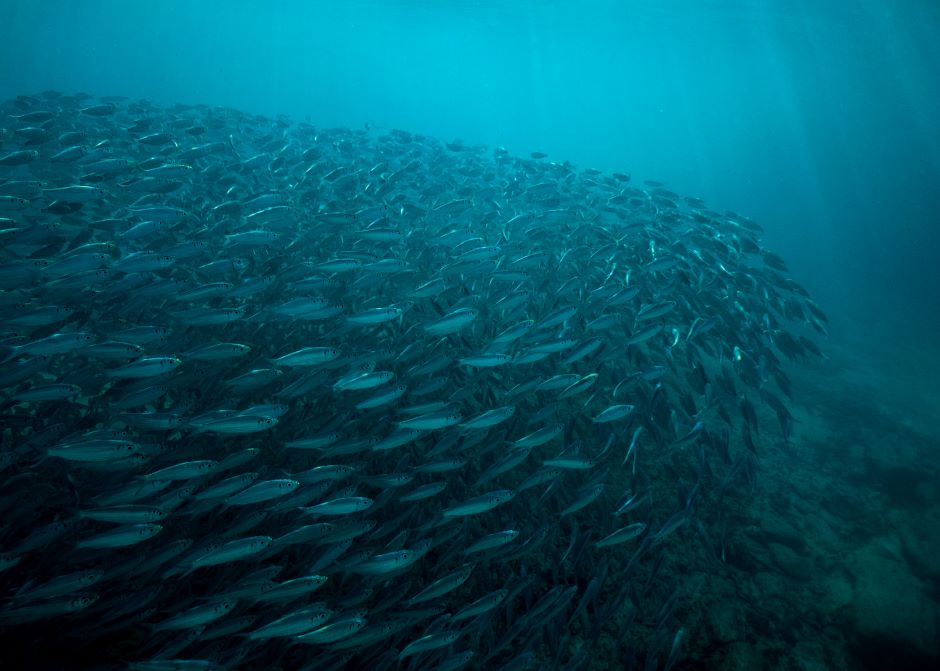 Anyone who has seen a nature documentary or Disney’s Finding Nemo imagines fish as either loners or traveling in dense schools. As it turns out, schooling behaviors are linked to unique genetic structures found only in schooling fish, linking the behavior to evolution and not just social benefits. So the iconic directions scene in Finding Nemo may not actually be all that out of touch with reality.

Understanding fish schooling behaviors is important to developing a deeper understanding of how fish communicate as a whole. Furthermore, there is much to be learned from this behavior which appears unique to schooling populations. For example, in schools, fish will maintain a certain amount of distance but still be close enough that they are able to sense their neighbor’s movements. Their sensing ability goes beyond simply being able to feel what’s happening and also helps direct them during migration events and protect the group from predators.

Why Fish School (or Shoal)

In terms of what to call a collection of fish, there are two terms generally used according to the Scientific American, fish can either be schooling or shoaling. Schooling involves fish of the same species forming a cohesive unit (sometimes a structure like a bait ball or simply a collection of fish near each other) that navigates the ocean together and in sync. Shoaling differs in that the species can vary, and the fish are not attempting to navigate as a cohesive unit. The best way of spotting the difference is by seeing what direction the fish are facing. Schools will always have the fish facing the same direction, while shoals will feature fish facing multiple directions.

Even in the case of a formal structure being made, like a bait ball, fish will face the same direction. Bait balls are made when fish sense a predator nearby, and the formation protects the most fish. This concept of a bait ball goes against many natural instincts to scatter, as observed with land creates, but the ocean is a different field altogether. Here, if the fish were to scatter, they’d be more easily picked off and exposed to the predator, so instead, they group together to limit the casualties.

Of course, that leaves the question of, How do they know where to go? The answer lies in fish biology.

The Biology of Fish Schools

For a long time, the reason and means by which fish schooled were unknown to scientists. However, several studies emerged to help elaborate on this behavior. Two of those studies, referenced by Scientific American, show that schooling is not a learned behavior but “instead relies on several regions of the fish genome.”

There are, of course, evolutionary benefits to schools. According to the Scientific American, “Fish evolved to swim in schools to better protect themselves from predators, improve their foraging and swim more efficiently.” In 2013, a study was performed on sticklebacks which identified two genomic regions associated with schooling, a breakthrough in understanding the behavior.

One of these regions is associated with the formation of the lateral line, a highly sensitive structure unique to schooling fish. The lateral line detects vibrations and current changes in the water. The lateral line is made up of cells called neuromasts. The other region had to do with sight, though there is no set answer on if the fish rely on vision simply to see what the other fish are doing or if it’s more complex. When studying blind cavefish, the species, which is also largely albino, was hesitant to form schools. Vision was determined to be the cause of their lack of attendance in schools “after crossbreeding the two varieties [of Mexican tetra] and conducting a genetic analysis, the team determined that as the cavefish evolved, they lost the ability to school, and they lost their vision in separate events.” Together, these studies concluded that at least two regions of fish biology result in schooling behavior: vision and the formation of a lateral line. The lateral line is significant as it is one of the ways fish ensure they are oriented correctly in regard to their peers and also how they sense an incoming predator.

Fish hone this skill in their schools, creating and following two distinct gears or speeds the group travels at, as theorized in a 2016 study. These gears include a slow, steady speed useful for cruising around and conserving energy and another, more rapid speed that would be useful for escaping from predators in a flash.

“Some beautiful physics is at work in (fish) schools … with each individual creating a wave in the fluid while also ‘surfing’ on the wave left by its upstream neighbor,” said Leif Ristroph, an assistant professor at NYU’s Courant Institute of Mathematical Sciences, in the statement. He is the lead author of the study published in the scientific journal, Nature Communications.

From the pacing to the direction they’re traveling, much of fish schooling behavior is connected to their genetic makeup. These behaviors and structures have been determined by millions of years of evolution, maintaining schools and shoals for the social and practical benefits they provide. While the findings may seem insignificant, understanding fish behavior is important to habitat restoration and conservation efforts. If a school of salmon is attempting to migrate upstream and the group is split up due to a dam or some other obstruction, the school can no longer serve its intended purpose, and the group disperses throughout the river. Therefore, understanding these behaviors as much as possible is important for fishery managers handling marine and freshwater habitats.