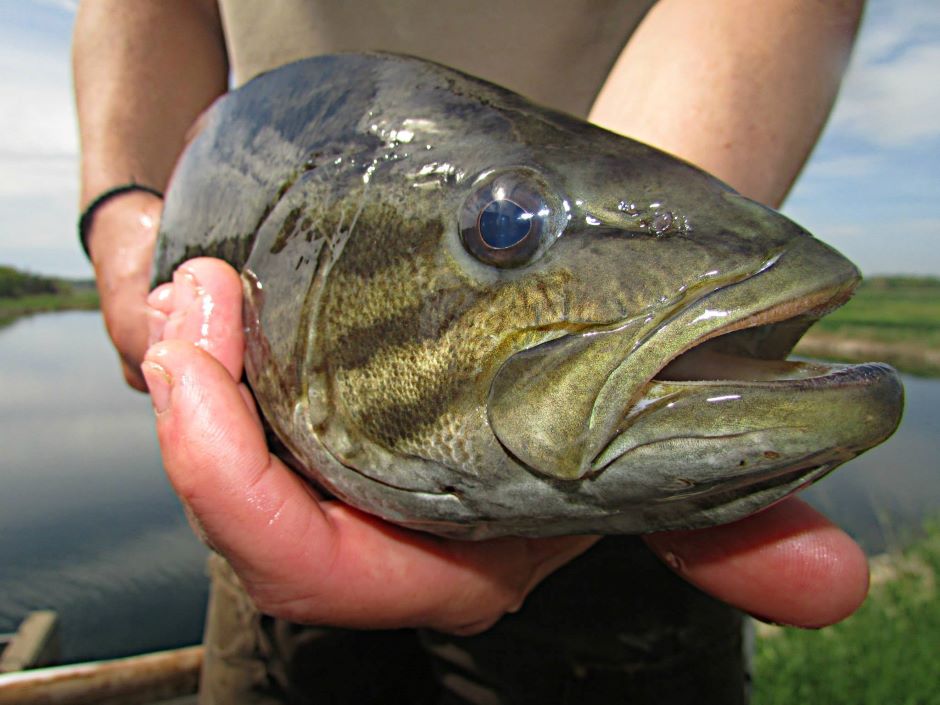 Smallmouth bass by USFWS Mountain Prairie is licensed under CC BY 2.0

In November of 2014, an angler fishing in the Duncannon, PA section of the Susquehanna River reeled in a smallmouth bass that was noticeably different from other examples of the species. The catch had a large tumor protruding from its bottom jaw. As news of the catch spread, so did concern about the river’s health. Though only one was found, fears that one fish being sick may be an early indicator of a problem within the habitat spread throughout the basin.

While cancer in fish is rare, it is not impossible, and the 2014 catch wasn’t the first time an angler had reeled in a tumorous fish. Researchers confirmed that the tumor was cancerous, which may affirm concerns over water quality. However, the 2014 catch has thus far been the only cancerous catch in that area though there have been several catches that displayed sores and lesions, according to Time Magazine.

The exact cause of the tumor is unknown though some believe it is likely a result of pollution and poor water quality. As a result, some are calling for the river to be added to the EPA list of impaired waterways though the list is determined based on water quality, not species health. Time Magazine reports, “A Pennsylvania Department of Health official said that consuming fish with cancer should not pose a risk to humans, but urged fishers not to eat those with sores and lesions.”

Just like humans, all fish can develop cancer when typical genetic processes go awry. Depending on the type of cancer, the disease presents differently in each species but often mirrors symptoms seen in people. Tumors are a common symptom that indicates cancer and can be internal or external.

External tumors are visible on the skin or scales and require immediate treatment when possible. Internal tumors can only be seen through invasive procedures and are often not detected until it is too late for the fish to be treated. Both types of tumors can impact the fish’s ability to eat and swim, causing a rapid decline in its health.

Some species are more susceptible to different kinds of cancer. For example, PetMD reports, “Koi fishes usually get tumors in the reproductive organs. They will have swollen abdomens, and the illness can become terminal. Conversely, goldfish are susceptible to fibroma tumors and sarcoma cancers. While Gypsy-swordtail fishes, generally develop skin cancer (malignant melanoma).”

While water quality is an easy factor to blame in the fear surrounding fish with cancer, it’s unlikely that water quality is always the cause. Especially since many native saltwater and freshwater fish have developed cancer despite good water quality–a more likely cause is genetics.

Much like humans may be genetically pre-disposed to developing certain illnesses, fish are likely the same, according to Science.org. However, environmental factors may contribute to the likelihood of developing cancer and should not be entirely overlooked. A Great Barrier Reef study found many fish that appeared to be suffering from melanoma.

Researchers believe the hole in the ozone layer right above the reef creates harsher UV exposure, leading to increased risks of melanoma. Another factor is potential cross-breeding between species in the reef, which results in more compromised offspring. Both factors may lead to a more susceptible population without placing all of the blame on water quality or environmental factors.

The Susquehanna River Basin is a well-monitored region, with many water quality monitoring initiatives that analyze water levels and parameters that could impact fish health. Much like humans can develop cancer for unknown causes, the rest of the animal kingdom is much the same.

While fish exhibiting symptoms of cancer have been determined as safe to eat since cancer is not known to be contagious, many officials still recommend against consuming recreationally caught fish with tumors or lesions. The Idaho Fish and Game recommends trimming tumors and affected tissue before consuming any animals that appear sick. Ultimately, fish with cancer may not be an indicator of water quality alone but could be the result of several environmental factors at once. A bass caught back in November 2014 was proven to have cancer. (Credit: John Arway)