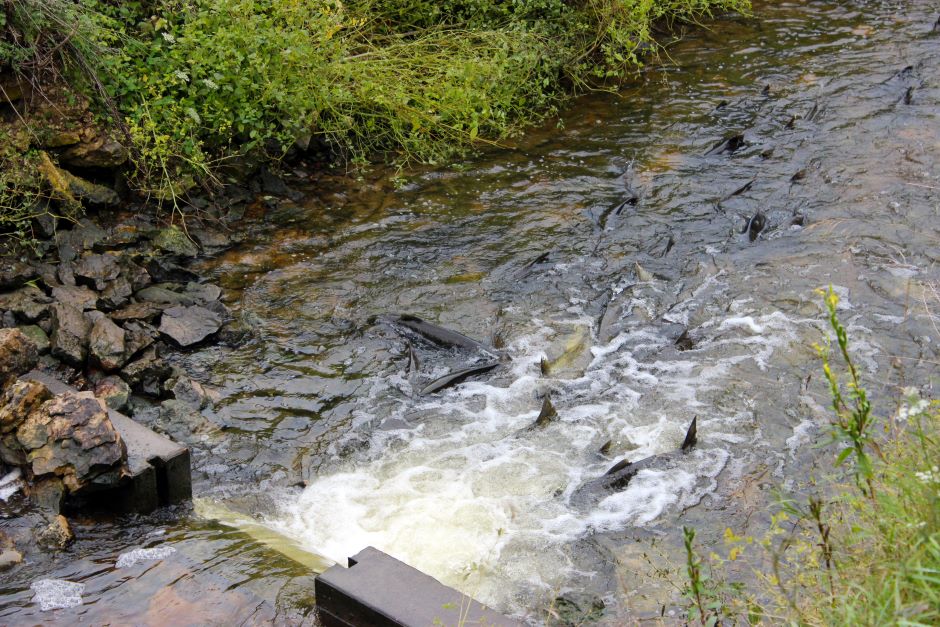 In a case of an ecological who-done-it, scientists are left scratching their heads at where all the chinook salmon that used to run up and down the Strait of Georgia went. Chinook salmon are a major target of commercial and recreational anglers, but their popularity has contributed to the species’ decline in many places where the fish once thrived. Chinook fisheries in British Columbia’s Strait of Georgia essentially collapsed in the mid-1990s, dealing a serious blow to the province’s economy.

Several theories have emerged since the species’ decline, some of which focus on growing environmental stressors like increased human activity, a changing ocean climate, and predatory pressure from marine mammals. Other theories seem to be much more hyper-fixated on one marine mammal, particularly harbor seals. While the species have coexisted for thousands of years, some wonder if the additional predation has led to unsustainable consumption, considering how other environmental stressors have impacted chinook populations.

Aside from killer seals, some have questioned whether the hatchery fish stocked each year could be killing wild-born salmon off. Stocked salmon may be outcompeting their wild cousins, introducing disease to the ecosystem, or less efficient at recruitment. However, a 2019 study examined the impacts of hatchery salmon and found little correlation between stocking and native declines.

A 2014 study conducted in part by Fisheries and Oceans Canada tagged and tracked nearly 300 juvenile Chinook salmon to monitor their migration throughout the strait and its connected tributaries. Published online in the journal Transactions of the American Fisheries Society, the study revealed very low survival rates among fish leaving the strait, particularly between 2006 and 2008.

Researchers from Fisheries and Oceans Canada and the University of Tromsø in Norway tagged Coho salmon in 2006, before employing the same method on Chinook salmon in 2007 and 2008. Out of the 278 tagged specimens, only eight fish were detected leaving the strait. However, the researchers observed significant changes to population structure between the spring and fall sampling periods, suggesting that most of the tagged fish remained and died in the strait.

An earlier study—also conducted by Fisheries and Oceans researcher Richard Beamish—points out that declines in Chinook survivability seem to coincide with similar trends among other salmon species in the area, as well as Pacific herring. The authors propose that poor wind and runoff conditions in 2006 and 2007 reduced nutrient mixing in the strait’s surface waters, harming plankton populations relied upon by juveniles of each species for sustenance. The diminishing availability of that common prey could explain the reduced migration rates of salmon from the Strait of Georgia during the study period.

While the precise cause of the chinook’s decline in recent years remains unknown, the researchers contend that the overall health of any given brood-year is largely determined within the Strait of Georgia. Natural conditions in the strait are quite variable, and that variability, combined with the critical needs of juvenile fish, makes an already trying life stage even more dangerous. While general environmental conditions may have contributed to chinook declines, some have questioned whether formerly balanced natural prey-predator cycles have become imbalanced. The Marine Mammal Research Unit highlights a 2019 study from The University of British Columbia, which “sought to understand how predation by seals might impact the number of juvenile salmon from the Strait of Georgia that survive to adulthood and enter the fishery each year.” Juvenile salmon are the most at-risk of mortality as they are preyed on more easily and are more susceptible to disease. Many salmon studies focus specifically on juvenile salmon stocks, as recruitment is a fundamental indicator of fishery health overall.

Results of the study concluded there was a correlation between seal abundance and chinook salmon declines throughout the strait of Georgia. However, it is still difficult to pin the species’ decline on one source. Instead, the study’s lead researcher, Benjamin Nelson, believes that seals exploit degraded environments near urban areas and even pristine habitats to devour chinook. However, Nelson still doesn’t believe that harbor seals are quite the harbingers of doom that the results may allude to.

Nelson’s analysis was a correlation study and therefore did not indicate causation. In fact, he warns in a Marine Mammal Research Unit article, “Our study is one piece of evidence towards establishing causality between seal predation and salmon declines,” he says. “If this were a courtroom you couldn’t convict the seals, but you’d be looking at the evidence and be pretty suspicious about the seals at this point.” And since researchers are hesitant to damn harbor seals for their dietary choices, more research is necessary to prove a causal connection. Nelson continues, “If there’s a causal link, it probably occurs over a very wide part of the ecosystem, which could explain declines in British Columbia, Washington State, and possibly beyond.”

Despite the exact cause of declines remaining unknown, one constant variable across the research is how climate change has made chinook salmon even more vulnerable. Instead of attempting to place all of the blame for declines on a single variable (or species), it’s better to look at the whole picture and consider how one can improve the stability of native populations. Stocking, fishery management, and water quality monitoring may all contribute to the overall health of the species overall and are steps that have been taken in similarly threatened fisheries.