Study: The Moon and Muskie Fishing 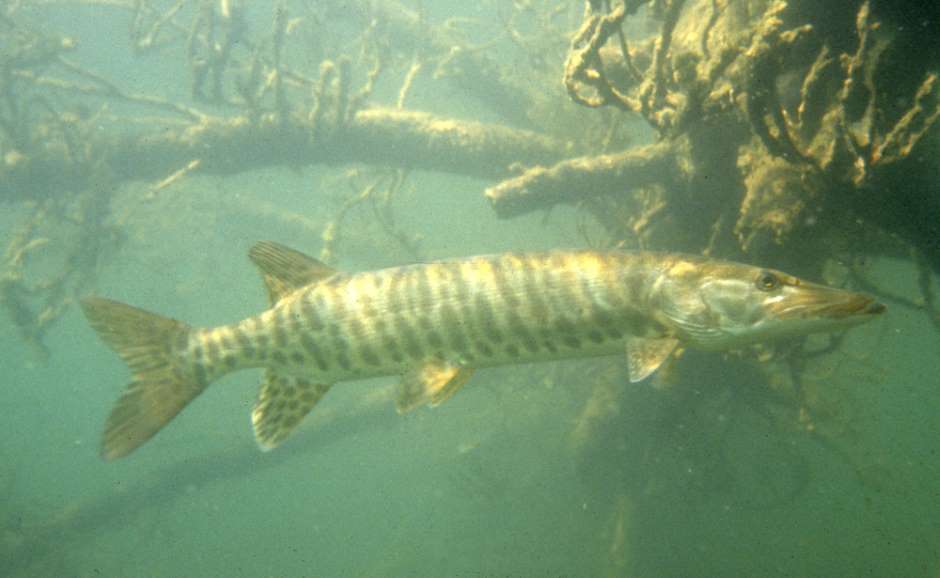 Muskie fishing is one of the most challenging types of angling out there. Anglers chasing elusive muskies are always looking for a leg up, whether it’s this year’s hot new lure or fishing during a specific phase of the lunar cycle. A recent study published by PLOS ONE offers some scientific credence to there being more bites when the moon is right.

The moon’s effect on fish behavior has long been of interest to both biologists and anglers. That’s especially the case with muskie, where long, fishless spans can give anglers plenty of time to ramp up the lore. The lunacy of the Muskellunge is a common discussion for its anglers today and those of decades past. The idea was popularized in 1936 by John Alden Knight with his publication of The Modern Angler, wherein which he lays out his “Solunar” tables. The tables essentially draw connections between fish activity and the lunar cycle.

“They’re so hard to catch, so people are always trying to find some advantages,” said Mark Vinson, chief of the U.S. Geological Survey’s Lake Superior Biological Station in Wisconsin. “Fishing at a different time is something that muskie fishermen pay attention to more than other fishermen.”

Vinson and U.S. EPA colleague Ted Angradi analyzed more than 340,000 muskie catch records across Minnesota, Wisconsin, Ohio, Michigan and Ontario for a statistical analysis that checked for an effect of the lunar cycle. They found the “number caught was strongly related to the 29-day lunar cycle.”

“It was nice that it did support anecdotal information,” Vinson said. “It supported the lore, the history of the effect of the moon on fishing.”

Past studies have also suggested a link between lunar activity and angler success. The lunar trends can be seen with other aquatic life as well as the Muskellunge making the research more conclusive. The allure of catching muskies is their difficulty and while past data was few and far between, many anglers were convinced that the moon and muskies went hand in hand.

The difference between those studies and this one, Vinson said, is the sheer number of catch records that the researchers were able to access. That database came from the conservation organization, Muskies Inc. Muskies Inc. is an organization founded by muskie anglers with conservation in mind. Part of conservation is understanding the fish. Arguably, no one understands fish quite like an angler; the use of their data solidified this fact and provided quantifiable research on what fishermen have been saying for decades.

The lunar effect wasn’t particularly large: Anglers fishing during the day of a new or full moon would catch five percent more muskie than anglers fishing on random days. At night, the effect only showed up under the full moon.

Though it wasn’t a huge boost, the analysis confirms that it was the result of the muskie’s biological response to the moon and not just a matter of more people fishing during certain phases.

Vinson spoke by phone from Houghton, Mich., where he was docked in the midst of a Lake Superior fish survey. Vinson is a muskie fisherman, though he said he can’t pursue them as often as he’d like because he’s usually on a research boat during the season of the species.

“They’re fabulous because they’re such a beautiful fish, and they’re so toothy and aggressive looking,” Vinson said. “It’s a rush to catch one.”