The Future is Seafood 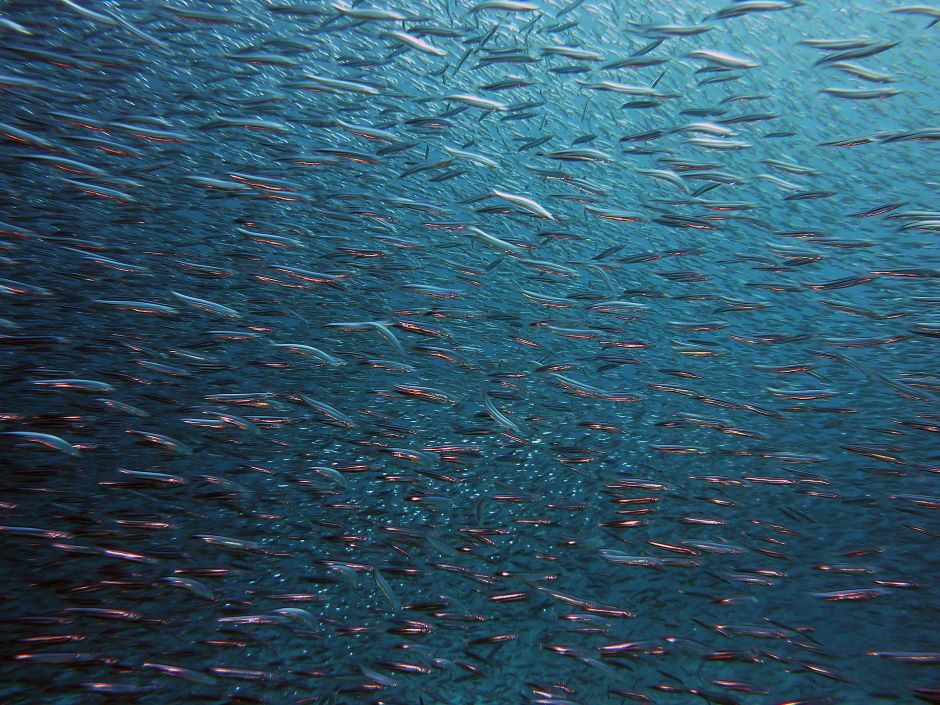 Seafood is a heavily relied upon resource for protein and nutrients globally–and the ever-decreasing number of fish found in the ocean, streams, lakes, and rivers is making people anxious.

Vanishing fish stocks are likely the results of a few major players. Climate change has changed general fish health, migration patterns and mortality rates. Environments that used to be great fits are suddenly too hot or too cold, too full of other fish, and too polluted for fish to survive to spawning age.

According to National Geographic, overfishing is another likely culprit. Overfishing simply refers to the practice of repetitively fishing in one area at a rate that is faster than the native population can replenish. Large vessels like super trawlers or clam dredging ships can disturb natural habitats and aquatic life.

The organisms residing in these overfished areas are either victims of catch efforts, casualties of bycatch, or must relocate due to habitat loss. Unfortunately, not all marine creatures have the option to move. Many benthic organisms (corals, sponges, mollusks, etc.) are unable to escape the impacted area.

Despite most marine biologists being in agreement that overfishing is causing lasting damage to water ecosystems and wildlife, many countries still subsidize harmful fishing practices. In 2019, a study from the University of British Columbia found that, out of the 152 countries surveyed, they spent 22 billion on subsidies for the fishing industry. These subsidies specifically promote overfishing and illegal fishing practices. According to National Geographic, the harmful subsidies make typically unprofitable practices profitable.

For several years, regulating the fishing industry and halting these subsidies have been a topic within international organizations. And while there is a lot of public support, the removal of the subsidies lacks political backing. In an interview with National Geographic, Rashid Sumaila, a prominent expert on fisheries subsidies at the University of British Columbia, says, “The key reason subsidies are increasing is politics, as once you give people something like a fuel subsidy, it’s very difficult to take it away.”

The politics surrounding the fishing industry is complex, and the decisions of policymakers are fueled by politicization rather than public interest–which is why Sumaila feels that “it’s important for scientists to continue to show how this is not working for society.”

The UN Food and Agriculture Organization reported in 2019 that a third of commercial fish stocks are harvested unsustainably, and 90 percent are fully exploited. With trends so discouraging and continuing unchecked, a significant concern for the public and scientists is the total loss of seafood as a resource. The Future of Seafood Security

A 2022 study considers how the global population will rely on fish in the future. Land-based expansion may be possible, but runoff and emissions make agricultural expansion a concern for environmentalists. Fish seem to be one of the simpler solutions to solving global food insecurity.

However, with current trends, seafood won’t be a long-term solution. According to the 2022 study, there are sustainable ways to increase maricultural gains sustainably, but it will depend on policy changes. The report lists four significant changes that could change the future of the ocean:

Unfortunately, the only way to achieve the goals above is through proper regulation, which can be difficult considering the political nature of the issue at hand.

Regardless of the complexity and politics surrounding the issue, the likely future of food security is fish—a vital resource that may not last long enough for future generations to rely on it. The FAO says that “To ensure a food secure future for all, the fisheries and aquaculture sector is key.”

According to the World Wildlife Foundation, seafood is the largest traded food commodity in the world. They go on to state, “Approximately 3 billion people in the world rely on wild-caught and farmed seafood as a primary source of protein.”

Demand for seafood is unlikely to decline and will instead become a larger part of food security as the global population grows. All of which is to mean that protecting the resource for future generations should be at the forefront of fishing policies and practices.