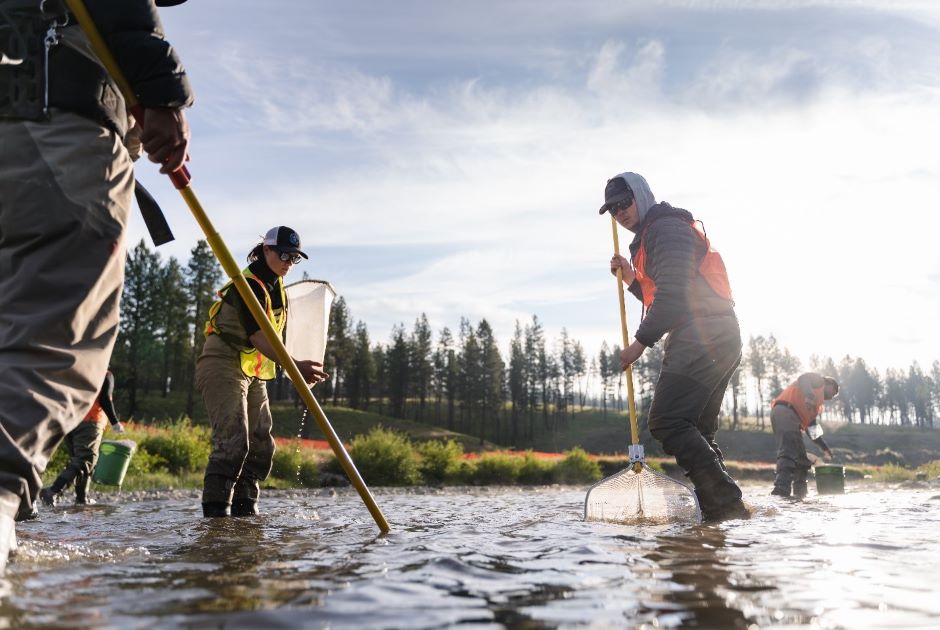 As part of its many citizen-science efforts, Trout Unlimited has released a new initiative to help its members and other anglers catalog wild and native trout across North America. The data collection program, called, TroutBlitz, echoes the “bioblitz” term used in many similar efforts to catalog ecological variables. Similar blitzes across the U.S. have focused on things like ice and other flora and fauna.

The TroutBlitz program runs off a web platform called iNaturalist, which is designed for wildlife photographers to share their photos from the field and get help identifying the species. iNaturalist connects scientists and photographers over a mutual love of nature and can help track invasive and endangered species as photos are taken and posted online. After registering for a free account, users can upload pictures of the trout they catch, helping to document the biodiversity of the much sought-after fish throughout North America.

“Anglers are used to photographing what they catch, so this is a natural extension of what they can do,” said Jack Williams, senior scientist at Trout Unlimited. And the tool is pretty simple to use. With a photo uploaded, anglers just need to note the location where the fish was caught and what kind of trout it is. There is also an app version of the tool so that photos can be uploaded via smartphone.

According to the TroutBlitz iNaturalist page, the project aims to do the following:

All photos and geotags will be available publicly and can be used by researchers who would like to study trout biodiversity. And perhaps the TroutBlitz tool can aid in discovering new trout species. Williams says there is a lot of diversity waiting to be found, and fish scientists commonly look at different trout to determine if they should go by new taxonomic names. This map displays areas where catches have been documented (Credit: Trout Unlimited / iNaturalist)

A lot of the angling science projects that Trout Unlimited is working on are meant to have long-term staying power, and TroutBlitz is no different. And just as Trout Unlimited had hoped, the iNaturaist page still receives observation submissions nearly ten years after the initiative began. The value in online, public platforms like TroutBlitz is that the data set could eventually span years or decades, and then real concrete conclusions about trout biodiversity trends could emerge. The tool may also yield data on the spread of non-native trout species throughout the continent.

But there is also a human benefit. “Anglers can see different fish subspecies, the lesser known species, and they can see this diversity,” said Williams. “It builds a better appreciation of what’s out there so they can see: How can we save these things without using hatchery programs?”

It’s important that anglers are involved in conservation efforts as they are a valuable resource to fishery managers searching for volunteers, as well as having the power to enact small-scale change to protect the species. By seeing that there is a lot of one species and not as many of another through documentation, anglers are more likely to change their fishing habits to protect those lesser-seen species.

“A lot of folks visit different parts of the country and upload lots of photos to the site,” said Williams. “We’re interested in identifying and rewarding people for submitting the most photos and in giving them recognition for that work.”