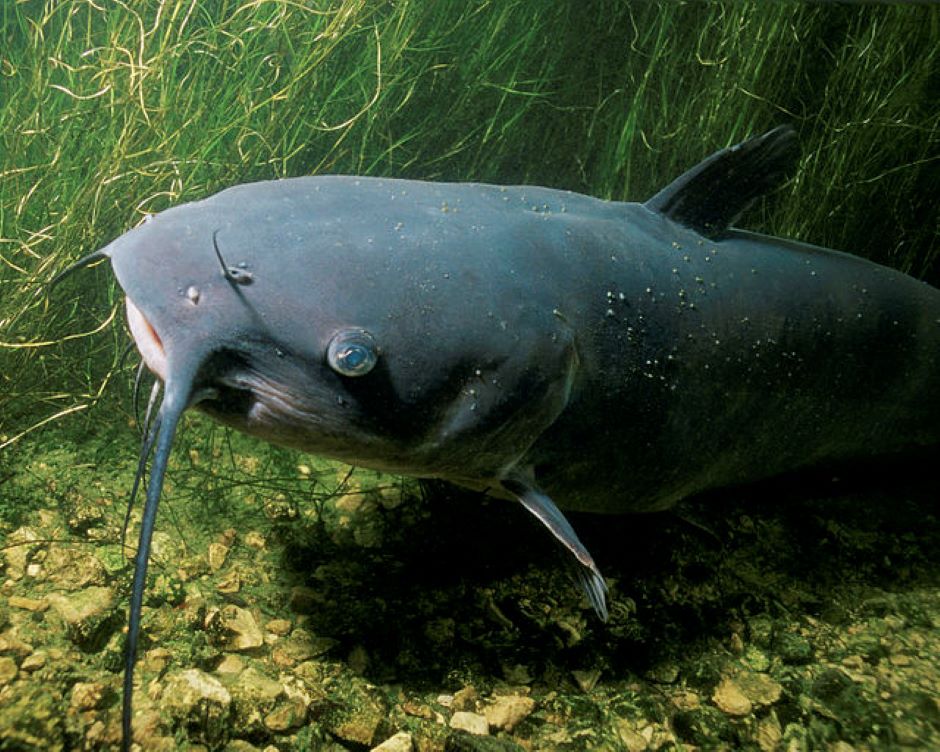 The channel catfish is one of North America’s most common catfish and has managed to become a very popular trophy fish. While technically an omnivore, catfish eat more than just other fish or aquatic plant material. In fact, channel catfish will eat just about anything. Game & Fish Magazine even shares that the fish has managed to devour ivory soap and baby chicks when presented with the opportunity.

The fish is popular across the U.S. but it is perhaps most popular in Nebraska, so much so that the state elected the channel catfish as its state fish in 1997. More than half of all the state’s anglers pursue catfish but there hasn’t been a comprehensive population evaluation since the early 1990s. The lack of population data is concerning when the species is so heavily fished. Brandon Eder, a University of Nebraska graduate student sought to change that and update some of the older data. More specifically, he wanted to provide population characteristics and management recommendations in his master’s thesis.

What Are Creel Surveys?

Eder looked at creel surveys to find popular areas to study. A creel survey is also known as an anglers survey. The surveys are time-consuming as researchers conduct individual interviews with anglers. The questions asked will often include: how long they spent on the fishing trip; how many fish they caught; if they were satisfied with the experience; and, most important to catfish study, where they went.

Creel surveys show that the Missouri River is one of Nebraska’s prime catfish angling spots, with 78 percent of anglers in the area targeting the river’s blue, flathead and channel catfish. It’s here that Eder focused his study: across four reaches of the Nebraskan Missouri River.

“This was a big project with big data,” Eder writes in the paper. He based his research on decades of literature, including field studies from the U.S. Fish and Wildlife Service, the American Fisheries Society and the Nebraska Game and Parks Commission. Many of the field studies featured in the paper sampled channel catfish in July and August from 1998 to 2013. The older surveys often caught the catfish in hoop nets baited with scraps of cheese, somewhat different than newer methods of gathering fish data. Flooding in 2011 led researchers to rely on electrofishing to capture the catfish. Each fish was measured, weighed, and released, regardless of the catch method. Researchers used pectoral spine samples to age a select group of catfish.

Eder found that 12,510 channel catfish were sampled from 1998 to 2013. During that period, mortality rates for channel catfish, particularly in the river’s lower reaches, were higher than in the four years prior, when commercial fishing was shut down on the Nebraskan Missouri River. Eder suggests that the spike in mortality could be due to fishing exploitation, predation or poor environmental conditions.

The Nebraska Missouri river, though densely populated with catfish, is far from the ideal environment for the fish. They seemed to prefer river systems with lower flow velocity and large woody debris, but Eder notes that very little of this sort of debris exists anywhere in Nebraska’s neck of the Missouri. Certain portions of the upper Missouri are also exceptionally clear, giving an edge to sight-feeding predators such as smallmouth bass and northern pike.

Eder also notes that setlining is an under-evaluated method of catfish angling and should be further explored in the Missouri River catfish fishery. This is likely because the ethics of setlining have been questioned by anglers and conservation groups alike. The lines being set for an extended period of time can lead to debris being lost in the water, and fish may be stuck on the line for prolonged periods.

While channel catfish probably arent going anywhere, Eder’s study highlights the importance of continuous surveying. As anglers and conservation groups across the country can attest, even the most established species can become threatened quickly if not properly cared for.