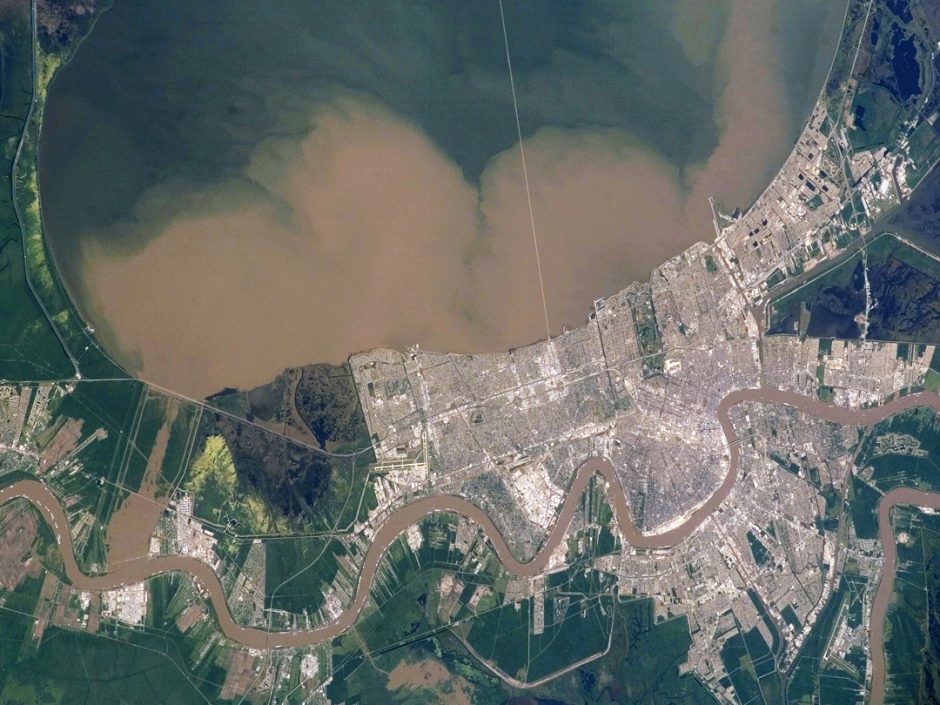 It is no surprise that manmade structures like the Bonnet Carre Spillway impacts natural processes in waterways as the entire water system becomes segmented. While some impacts are more well-known, like upstream flooding and increased erosion of river beds, some impacts remain below the surface and may go unnoticed. That is, without the pressure from community members and conservationists who care about the life held both up and downstream of the dam.

The most common concern for the fish stranded in one of the two bodies is how the dam impacts migration patterns and population sizes. Even with fish passages being implemented into construction blueprints, these entrance and exit points are often unused—whether it be due to the type of fish passage, compatibility with species in the region, or other reasons, dams restrict fish movement.

If no compatible fish passage is available, some fish will attempt to migrate beyond the dam using the dam’s spillway. Unfortunately, since dam spillways are designed to help expel excess water from the reservoir above the dam, these discharge points often output high-pressure and fast-flowing water. The water may be so fast that the fish is harmed or killed due to the extreme travel conditions. A 2020 study confirmed that fish who passed through spillways or turbines were at a higher risk of injury than those that used intentionally designed fish passages.

Since spillways were created with the intention of expelling excess water and not transporting fish, spillways are constructed with sections that protrude and turn, which, in high-speed circumstances, can result in fish mortality. Considering the risks, many dams leave their spillways closed to regulate reservoir levels and prevent fish from using the channel. However, keeping these gates closed causes levels above the barrier to rise, potentially flooding nearby cities and ecosystems.

Fish aren’t the only species suffering due to the dams. Regions both above and below the barrier are at risk of dangerous water levels, whether they be too low or too high. Expanding and receding shorelines are a concern for coastal cities and communities that rely on the river and lake for resources. When a water body suddenly becomes more shallow or deeper, it may no longer be hospitable to the species that used to call the habitat home. The loss of these species impacts neighboring groups and the ecosystem as a whole.

In 2016, the Bonnet Carre Spillway was opened in order to help decrease water levels in the Mississippi River and prevent flooding of nearby cities. According to nola.com, the river had increased to 16.5 feet at the Carrollton gauge on January 25, 2016. Based on that data, all 210 of the spillway’s 350 bays were opened, flooding Lake Pontchartrain with nearly 200,000 feet per second of water. With the water came a large amount of debris and silt that cast a plume of murky water into the water. Fortunately, rangia clams are native to Lake Pontchartrain and can filter the impurities out of the water.

The spillway was closed once again on February 1, 2016–but this was far from the last time the spillway was opened and then closed. Concerns for the waters below the dam remain constant today because the spillway continues to be opened nearly annually—something that will likely continue as flooding becomes more frequent.

And while a little more water doesn’t seem like it would disrupt an ecosystem, the water released doesn’t stop at Lake Pontchartrain. WWNO reports that “Opening the gates diverts the fresh, nutrient-rich river water into Lake Pontchartrain and out into the waters around the Chandeleur Sound and the Mississippi coast with few wetlands in between.”

The freshwater harms the typically brackish waters of those wetlands and even the Gulf of Mexico. WWNO explains, “It disrupts the local ecosystem, scattering salt-loving shrimp, causing algal blooms and even giving dolphins painful skin lesions due to the rapid and persistent influx of freshwater.” To resolve the problem, state officials have proposed two river diversions named Union and Ama that will allocate the water to sections of the region that need the water, rather than flooding already stable ecosystems.

The proposed solution may be the perfect fit for restoring other parts of the Mississippi Delta and protecting the gulf and surrounding wetlands from unnecessary flooding.