Californian Salmon Drying Up In Drought 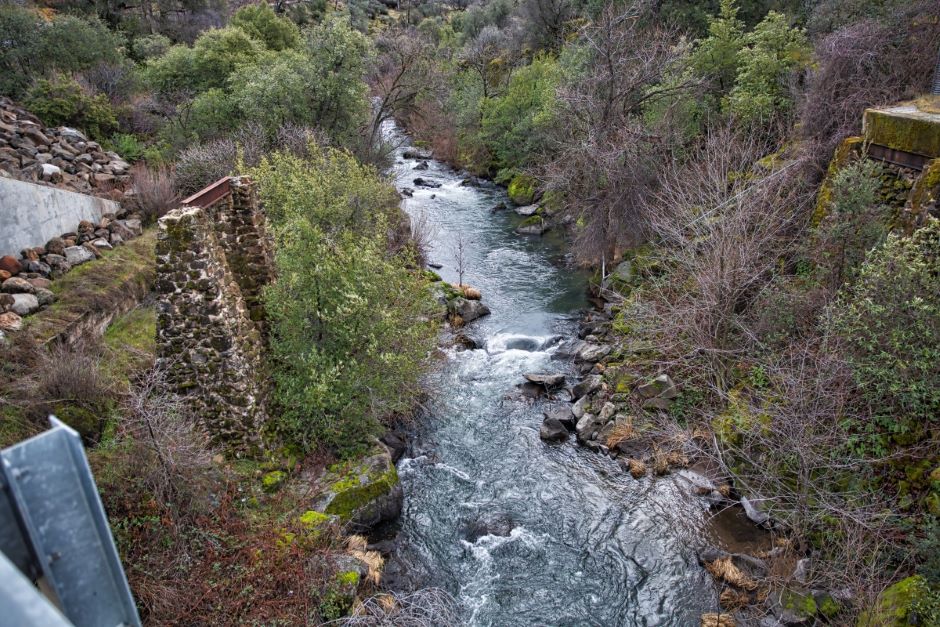 Battle Creek at Wildcat Bridge near Manton, California. Approximately 29,000 endangered winter-run juvenile Chinook salmon were released into the North Fork of Battle Creek March 2, with the remaining 185,000 released by the end of the month. “Each effort we make takes us a step closer to returning more of these iconic fish to our state,” said California Department of Fish and Wildlife director, Charlton H. Bonham (Credit: Steve Martarano/USFWS, Public Domain)

For the past several years, California has dealt with some of the driest seasons in American history, the height of which has started to impact the state’s salmon population. According to the State of California, in 2021, all 58 counties in California were placed under a drought emergency proclamation.

California relies on snow and rainfalls to provide a majority of the state’s water, but in years where snow and rain are less common, the state and its wildlife suffer. The state has had to restrict access to key waterways as a result of the drought.

In an article published by NBC, Todd Steiner, director of the Salmon Protection and Watershed Network (SPAWN), stated, “We’re in the second year of a drought here. It’s not doing the fish any favors. … We’re already talking about a critically endangered species on the verge of extinction, so this isn’t helping at all.” Chinook salmon are a significant point of concern for California as they have gradually declined in population and been entered onto the protected species list. According to the NOAA, chinook have become endangered in the Sacramento River and the Upper Columbia River. California’s drought affects all wildlife, and with salmon already being at-risk, the heat is not helping these statistics.

Unfortunately, the drought has led to habitat losses and may have negatively impacted natural migration patterns. Salmon spend their lives migrating between fresh and saltwater biomes, but warm water may trigger early migration, harming the population.

Coho salmon are also a species of concern in California. SPAWN has reported that the Central California Coast coho salmon population has declined more than 95 percent from historical levels. The remaining fish population has less ideal environments as the drought dries up watersheds and estuaries, leaving fewer spawn sites and habitats.

Like many states facing biodiversity losses, California has attempted to repair damage through stocking. Considering there are so few natural-born salmon remaining in California, John McManus, president of the Golden State Salmon Association, stated, “A few years from now there’ll basically be no naturally spawned fish returning to the Sacramento River.”

California has had to restrict certain waterways to ensure citizens and agricultural access to water. These redirections may lead to a loss of habitats or raised water levels in dams and could threaten salmon’s ability to reproduce.

Even without the state-led changes to the environment, the higher temperature may lead salmon eggs to die off. “The federal government has told us we can expect river temperatures that are too high to sustain the eggs that will be laid this fall, which means we’re going to lose fish that would otherwise return three years from now,” McManus said in an article published by the Golden State Salmon Association.

Unfortunately, due to migration patterns, the true damage of the drought will be unknown for a few years as the state waits for salmon to hopefully return after their years in the ocean.

The project is a joint effort by state, local, and national groups in order to ensure year-round management and access for salmon. The project also has begun the revegetation process of the area and created a .25 mile long flood plain for terrestrial wildlife to traverse.

SPAWN has attempted to intervene and continues to work hard to create new habitats for Salmon to thrive in. The project is funded by the California Department of Fish and Wildlife, NOAA Restoration Center, and Turtle Island Restoration Network. Unfortunately, like all other fish, salmon require specific parameters for survival, and artificial techniques are limited in creating large and all-encompassing environments. The best hope for salmon in California is that the drought will break.