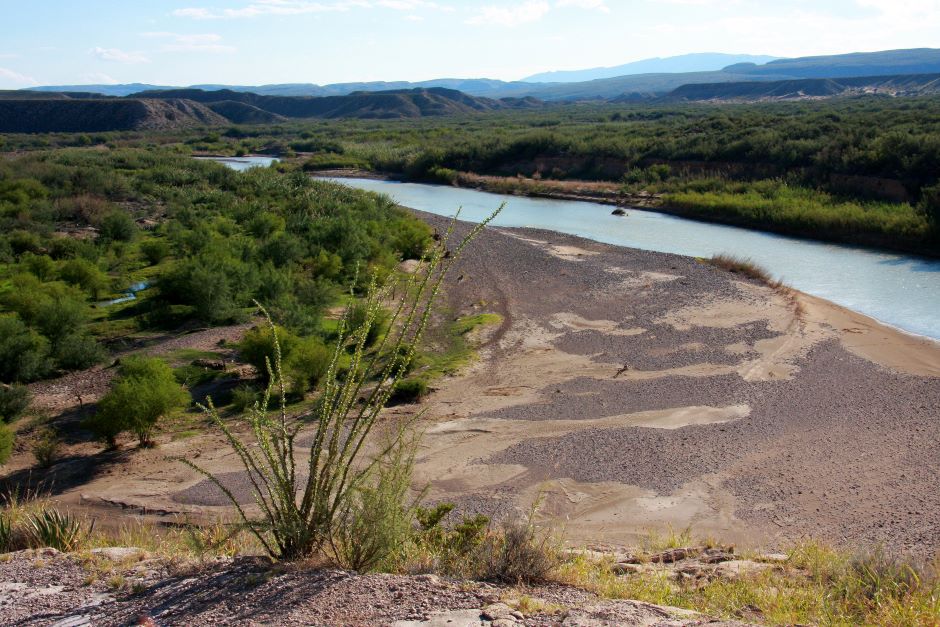 West Texas is often characterized by its arid and semiarid climate, rugged terrain and limited access to water. While the state of Texas has been plagued by droughts the last several decades, West Texas is used to long dry spells, with the Northwestern part of the state experiencing a range of severe, extreme and exceptional droughts across the Panhandle plains, according to Drought.gov. In contrast, Southwestern Texas experiences relatively stable water conditions. The Southwestern part of the state surrounding El Paso and the Rio Grande is substantially more stable than the northern region. Here, much of the region isn’t even considered to be impacted by drought, with some areas only being abnormally dry or an even smaller percentage experiencing moderate drought.

Climate aside, the Western part of Texas is not known for being particularly favorable to aquatic species. However, the region’s seemingly inhospitable geography doesn’t mean it can’t support the discovery of a new fish species. At least in the sense that a previous mistaken identity has been righted to file a new species in the region’s list of fauna.

Researchers at Texas A&M University have found that a fish species living in the region, long thought to be another fish, is actually a Notropis megalops, what they have begun calling the West Texas shiner. The name is derived from the lookalike it was confused with, the Texas shiner–or Notropis amabilis. And when seeing the two side-by-side, mistaking the two is easy to do, even for the most experienced angler or researcher. 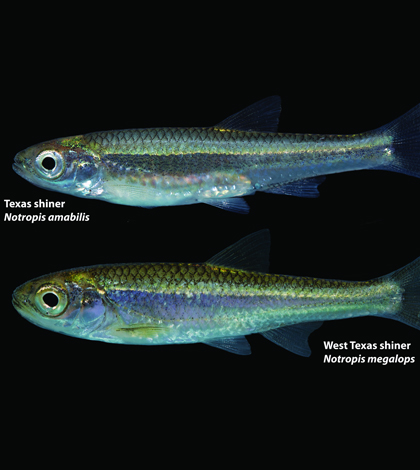 The species may be new to West Texas wildlife books, but it is in no way new to scientific identification. It was first found back in 1856 by a researcher named Charles Frederic Girard, who is credited with documenting many new species. Interestingly, despite his prolific identification of new fish, Girard was thought to be a little careless. Texas A&M scientists say that some of his colleagues of the day believed he had even described some fish species more than once. That carelessness may have contributed to the more recent confusion surrounding the fish.

“So, I guess you could say we have discovered an ‘old-but-new’ minnow way out in West Texas where nobody expected to find anything new, especially a fish,” said Kevin Conway, wildlife and fisheries scientist at the university, in a statement.

He and other researchers involved put together a paper documenting the rediscovery of the minnow and the confusion surrounding it. That includes the wrong name it carried, which contributed to its incorrect identification in Texas for so long. The study also included an in-depth examination of the species’ genetics through morphology techniques.

With the newly identified West Texas shiners in hand, the researchers documented their observations, proving that the two shiners are unique and separate species. For example, even though it resembles the Texas shiner, it never breeds with it. This and other factors help to explain just how unrelated the two fish species are. Unlike the Texas shiner, which is common in Central Texas, the West Texas shiner is restricted entirely to the Rio Grande drainage, has a fragmented distribution and has low levels of genetic diversity. Because of that, it’s already being considered a conservation priority by state agencies.