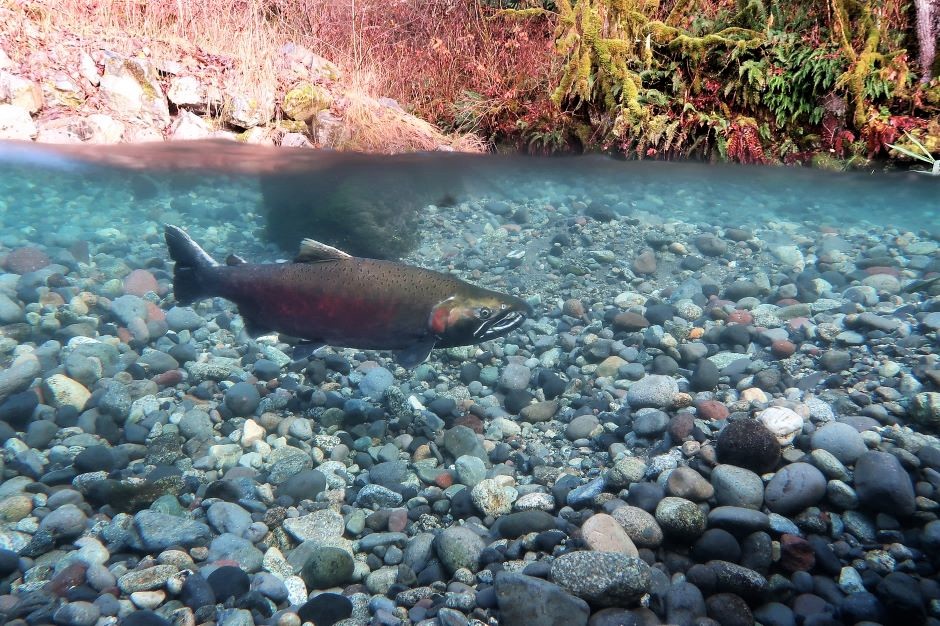 Like many other bodies of water, Lake Michigan has become a victim of pollutants, leading to unsafe Polychlorinated biphenyl (PCB) concentrations. Fortunately, a 2014 study reveals that concentrations in the lake, and the fish that inhabit it, have declined over the past 35 years. While the earlier years in the trend were more consistent, progress has slowed since the mid-1980s.

The study used Lake Michigan chinook and coho salmon filets to analyze PCB concentrations since 1975. The study examined filets from 1975 to 2010. The years of the study were perfectly situated to explore the impacts of the 1977 ban on PCBs.

However, while the restriction on PCBs has had a significant impact on the toxic chemical, the 45-year ban may not be the lone contributor to the decline. A substantial shift in the Lake Michigan food web may have disrupted the spread and accumulation of PCBs.

One such example is the substantial decrease in the abundance of diporeia, which occurred during the 1990s and early 2000s. The decline was attributed to the invasion of zebra mussels and led to a more limited supply of diporeia for other species.

Diporeia contain the highest PCB concentration of all invertebrates consumed by alewives. Alewives are common prey for chinook and coho salmon, and PCBs gradually worked their way through ecosystems via the food web. According to the study, the decline in diporeia and the ban on PCBs led to a decline in concentrations – 11 percent per year from 1995 to 200.

While the introduction of zebra mussels may have helped decrease PCBs, the species still harms Lake Michigan’s ecosystem by inadvertently building a bed of toxic sludge at the bottom of the lake due to their release of digested materials. Zebra mussels also over-filtrate water which leads to increased algal blooms.

The study took advantage of existing data from the Wisconsin Department of Natural Resources. The WDNR had a research program already in place that measured PCBs in chinook and coho filets. Since the 2014 study and the WDNR program used the same method to gather information on PCBs, the study was able to reference the program’s data.

“We’ve been doing that since the mid-’70s,” Schrank said. “It’s probably the best dataset that the Wisconsin DNR has for PCBs in terms of long-term, consistent monitoring.” The focus of the WDNR’s program was to analyze PCB concentration for consumption advisories, but the data is multi-functional. Wisconsin’s 2022 fish advisory had looser restrictions than previous years but still limits consumption. Unfortunately, while PCBs have declined, levels are still too high to be considered safe. Furthermore, in addition to PCB, other toxic materials and mercury levels are still high in Lake Michigan, limiting consumption.

Both Wisconsin and Michigan have specific guidelines and restrictions. According to the WDNR, depending on sex and age, coho salmon may be consumed at whim or once per week for more protected groups. In contrast, chinook salmon can still only be eaten once a week.

Michigan’s Eat Safe Fish Guide is stricter and advises against eating coho or chinook more than six times a year. While present opinion dictates the fish as unsafe, the steady decline of toxic chemicals causes advisory guides to be updated each year.

Credit can undoubtedly be given to the 1977 PCB ban, but the study theorizes that food web shifts played a partial role in declining PCB as well.

The study surmises that the zebra mussels’ invasion led to a decline in diporeia, thus impacting the diet of alewives. Alewives were then eating fewer diporeia, therefore, fewer PCBs, leading to decreased PCB concentrations in the fish. Salmon, who eat alewives, were then exposed to fewer PCBs in their diet. Essentially, the shift started at the bottom of the food chain and worked its way up.

“It’s getting at that issue of the whole food web changing,” Shrank said. “If the salmon’s forage is less fatty and has less PCBs, or if it has a different nutritional value and they have to eat more or less of it, then that’s going to change the Chinook and coho PCB concentrations.”