Sticklebacks Have No Problem Evolving For Freshwater 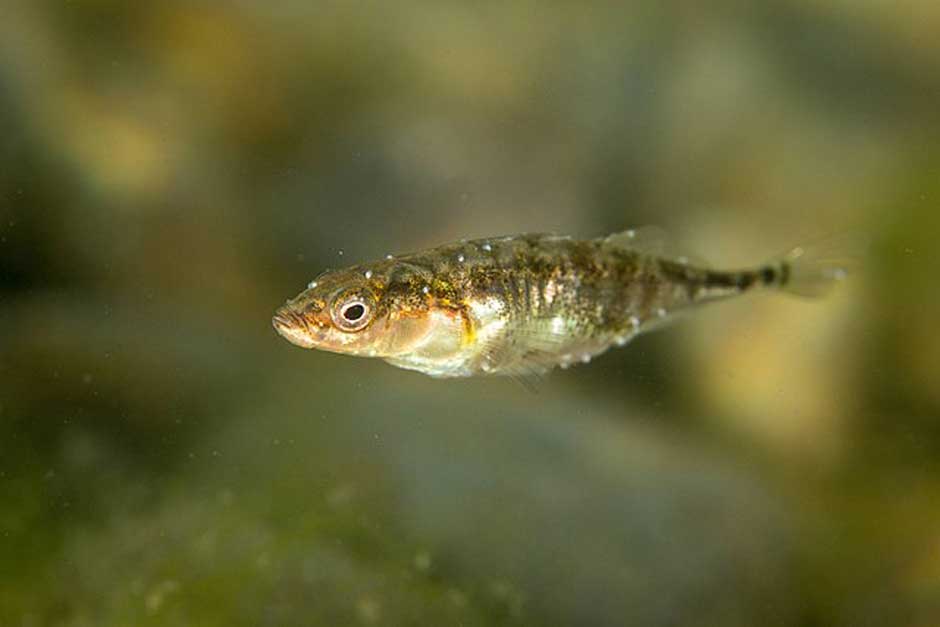 Threespine sticklebacks have earned quite a name for themselves in the world of evolutionary biology, demonstrating biological changes in some cases over a few decades or tens of thousands of years. Though seemingly a wide range, both periods are considered next to nothing in evolutionary terms.

No matter what disaster or environmental changes are presented to sticklebacks, the species appears to persist, despite changing water quality and environments. Their ability to adjust to freshwater goes beyond merely surviving and shifts toward making their freshwater homes a hospitable and favorable environment.

Beyond the species’ ability to survive, there are more specific variances found in freshwater sticklebacks that are not found in their marine counterparts, at least not yet. Scientists at the University of British Columbia in Canada, looking at differences between marine and freshwater species of the fish, have found that sticklebacks in freshwater only needed about 10,000 years to develop the eyes needed to thrive in inland waterways.

Sticklebacks switched to living in freshwater only about 12,000 years ago, about the time the last ice age ended. As a result, scientists were able to pinpoint the remarkable pace at which the fish have been able to change their eyes. All they needed to do was alter the expression of one of their genes that handles light sensitivity.

The way sticklebacks see color is important for habitat suitability and mate selection, according to University of British Columbia scientists. From that, they guess that changes to the way sticklebacks express their visual genes have probably influenced the creation of new species.

Essentially, the fish adapted by altering the expression of their opsin genes, which encode the light-sensitive receptors on retinal rod and cone cells. Researchers involved in the discovery have noted just how fast the switch came in terms of evolution. What is more typical, they say, is to see changes occur over millions of years, not thousands. But in addition to that, scientists also found that freshwater stickleback fish included in the study actually continued to adapt their vision further to best suit the lakes they were living in. Because of that finding, investigators guess that sticklebacks may actually be able to change their vision gene expression much faster than 10,000 years.

Bell conducted his own experiment, intentionally planting oceanic sticklebacks in three Alaskan lakes in 2009, 2011, and 2019. The shift to freshwater is surprisingly fast and easy for sticklebacks. In a press release, UC Berkley shares that Bell’s work provides “scientists a unique opportunity to actually observe vertebrate adaptation in nature.”

According to Bell, the changes and shifts toward freshwater compatibility were evident within the first few decades of research–much faster than Darwin and previous research had proposed.

The key to fast evolutionary changes in sticklebacks are specific genetic variances that occur in low frequencies in marine populations. When placed in freshwater, the genetic build for freshwater already exists–it’s simply a matter of already being designed for survival in the environment, even if not the dominant presentation. Instead, as the generations of sticklebacks are born, natural selection favors these low-frequency DNA sequences leading the population to thrive in freshwater.