Intersex Fish on the Rise in Northeastern U.S. Rivers 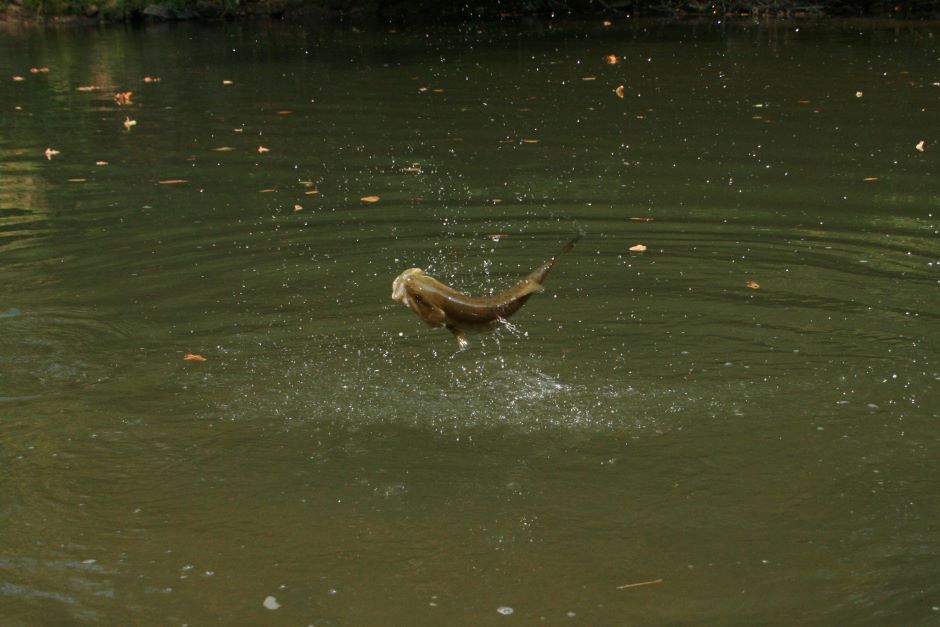 Streams and rivers near agriculture often suffer from nutrient loading and harmful runoff from the farms during rainfall. This runoff may be the cause of one of the latest trends spotted in the continental Midwest and some parts of New England, male smallmouth and largemouth bass developing eggs in their testes. The condition is referred to as intersex, a condition found in a variety of species, including humans. The Washington Post reports that scientists have spotted the intersex fish in the Delaware, Ohio, Potomac and Susquehanna Rivers.

While some fish are known to shift sexes when reproduction needs arise, bass are not known for this behavior. Instead, the USGS defines intersex conditions in fish as occurring “when exposure to chemicals disrupts the hormonal systems of an animal, leading to the presence of both male and female characteristics in an animal that should exhibit the characteristics of just one sex in its lifetime.”

What Causes Fish to be Intersex?

While researchers have had a hard time pinning down the exact cause of this mutation, they are confident that chemical compounds being washed away from agricultural sites could be disrupting the bass’ hormones, leading to the variance. Researchers are investigating herbicides, veterinary drugs and sewage system overflows in hopes of identifying the main cause of these shifts.

One thing for certain is that there is some correlation found between the prevalence of the condition and proximity to farms. At one study site near Hershey, Pa., USGS researchers found 100 percent of male smallmouth collected had eggs. Due to the data gathered in Pennsylvania, as well as other incidents recorded in the region, scientists believe they’ve discovered a relationship between the level of agricultural activity in a watershed and the number of male bass developing eggs. Unfortunately, they have yet to pin down the exact compounds that may be causing the problem.

“I think it’s a complex mixture of chemicals,” said Vicki Blazer, a USGS biologist, in an interview with the Washington Post. Others have pointed to estrogen, which is excreted in animal waste or added to some medical treatments that can wash into waterways through drains or runoff.

Blazer and scientists at the USGS also point to inadequate monitoring of fertilizer use at farms and large animal feed operations along the rivers. Scientists say that, near the Chesapeake Bay, waters contain more nitrogen and phosphorus than reported to residents by the EPA. These variances can impact fish development and lead to mutations outside of impacting the fish’s sex. Some of these mutations can be beneficial, like resilience to toxins and pollution, while others weaken the fish.

Unfortunately, despite theorizing that pollution is the cause of this mutation, it’s difficult to pin down precisely what’s causing the change—only that the issue has a wide range of influence. In 2020, researchers analyzed bass caught in New Jersey and found that “composite intersex prevalence was 93.8%.” Furthermore, intersex bass were caught at every site assessed. The study also found more evidence correlating water estrogenicity and intersex bass but does not make a definitive conclusion on the cause.

The impacts of this research extend far beyond just bass–instead, Blazer warns that these trends may be early warning signs for humans. In her interview with the Washington Post, Blazer states that the condition’s prevalence is “an indicator that something else is really wrong […] What are these [chemicals] doing to the natural environment? If we find these things in wild organisms, there’s a good chance they’re also affecting people.”