The Positive and Negative Environmental Impacts of Fishing 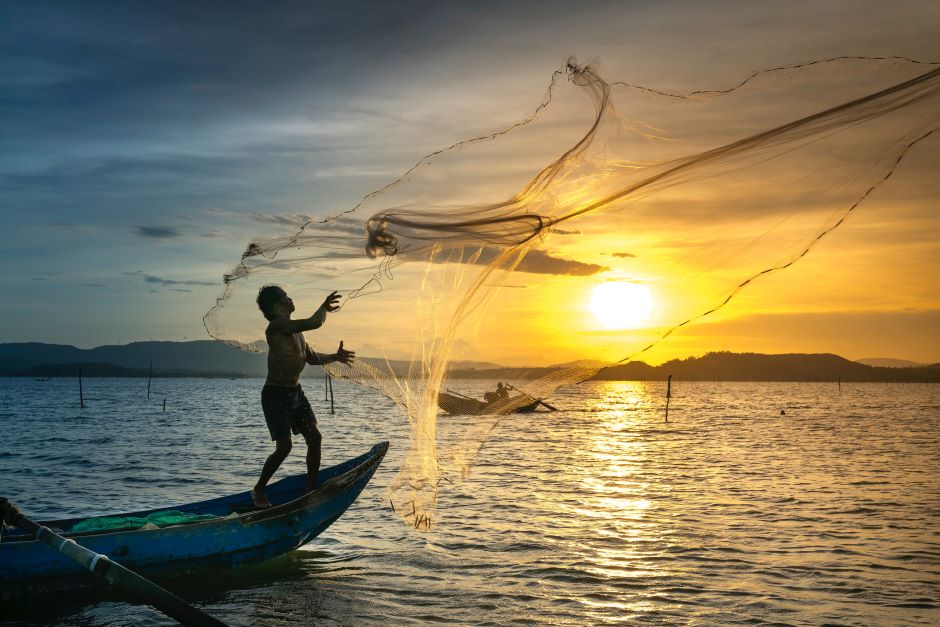 Conservationists from many federal, state, and local groups can attest that some of the most ardent fish supporters out there are anglers. And while many groups are quick to blame overfishing and the havoc it rages against ecosystems on anglers, the recreational fisherman is not to blame. Instead, the issue is much more nuanced due to the multiple consideration of harm potential in regard to the various environmental impacts of fishing.

Instead, most anglers work hard to protect local biodiversity and habitats. There have been many studies that rely on anglers volunteering alongside scientists in order to gather information. Even further, fishing groups conduct valuable surveys and spread best practices within their groups. These local groups are often focused on conservation and mitigating the environmental impacts of fishing.

According to the World Wildlife Foundation, Overfishing is defined as fishing in one location at a rate faster than stocks can replenish. It is exceptionally unlikely that the lone fisher can accomplish such a feat.

Overfishing is also deeply entwined with bycatch, leading to unwanted aquatic species unnecessarily being put in harm’s way. Bycatch refers to the capture of unintended sea life while casting for another species. Bycatch, as much as overfishing, is a serious threat to marine ecosystems.

The WWF reports that bycatch leads to the “needless loss of billions of fish, along with hundreds of thousands of sea turtles and cetaceans.”

When waters are overfished, and local populations dwindle, local anglers and communities have limited access to food. An example of this in recent history is the declining Alaskan salmon population. While much of the loss of Alaskan salmon, like many other species, can be attributed to global climate change and rapidly warming waters, overfishing is still a contributor to the decline.

Unfortunately, indigenous tribes in Alaska have felt the brunt of the negative environmental impacts of fishing. For the past few years, the Alaskan government has sent food parcels to groups like the Yukon Tribe, who used to rely on Alaskan salmon for their food throughout the winter.

With fewer fish capable of spawning, populations stand a low chance of being able to repopulate to the same degree. Overfishing has been an issue for several years, and international groups have begun to focus on the issue.

In 2017, the Food and Agriculture Organization of the United Nations reported that unsustainable fishing levels had reached 34.2 percent. Being a conscientious fisher is essential to protecting waterways, as any species loss can, unfortunately, impact the rest of the ecosystem. How does Fishing Negatively Affect the Environment

The severity of the impact depends heavily on the scale of fishing occurring and what equipment is being used. While the occasional bad practice may disturb ecosystems, the damage would still be minor compared to the scale caused by the massive fishing industry of today. Many experts have called for the industry to be scaled back in hopes of protecting aquatic life.

Trawling is one of the most harmful practices used to catch fish. Oceana defines Trawling as a fishing method that drags a large weighted net across the ocean floor. Unfortunately, while this method does catch a large sum of fish, it also destroys habitats that the net is dragged through. Additionally, trawling whips up sediment at the bottom of rivers/lakes, leading the sediment to be carried away with the current. Trawling also often results in bycatch, meaning that a plethora of unwanted fish are caught in each trawl.

Resource management and conscientious fishing are the keys to protecting aquatic life and resources for the future. Eli Fenichel, associate professor at the Yale School of Forestry & Environmental Studies, states that “If we’re not careful about how we allocate resources today, we’re potentially allocating them away from our children’s opportunities to fish.”

How can Recreational Anglers Mitigate the Environmental Impacts of Fishing

While seafood consumption is consistent across cultures, regions of the world, and history, current demands far exceed the needs of the past. As a result, much of the fishing industry rose to the occasion and compromised safety for quantity. However, all is not lost. Many fishing methods that limit harm to the environment can be used. Many of these sustainable methods originated from indigenous groups who have historically relied on fish for food and prioritized protecting local wildlife.

One method is to only fish for a specific species during certain times each year. The time spent in between fishing seasons allows for the population to restock. Avoiding fishing in areas such as coral reefs may also help to prevent unnecessary damage to habitats. When fishing, hook-and-line methods are best. Additionally, only catching what is needed can protect desirable species. Other sustainable fishing methods include spearfishing and the use of cast nets. Cast nets are small enough that they often do not disturb the habitats nestled along the water bed. Additionally, they are used with a specific fish in mind, limiting the bycatch and minimizing disruptions.

Even without switching up angling techniques, fisherman can protect their local fishing spot by cleaning up litter, ensuring lures are adequately secured and following local fishing regulations. Soft plastic lures are debris commonly left behind in the wake of fishing trips.

These lures, unfortunately, can be later digested by fish and swell. The lures then clog fish intestines and kill the fish. Though it may seem like a minor issue, a 2014 study surmises that the impact is not small as the lures take a long time to degrade. The lures were also found in large quantities. The group that performed the study found as many as 80 lures approximately every 50 miles. Using sturdier lures or ensuring that the lure does not swell may be an easy solution.

Much of the global population relies on fish and fishing for food and employment, but current practices cannot stand. If the fishing industry continues at the scale it is, then future generations may not be able to rely on seafood as a means of survival. National Geographic reported in 2006 that the loss of ocean biodiversity is accelerating, and current trends may mean the total loss of seafood by 2048.